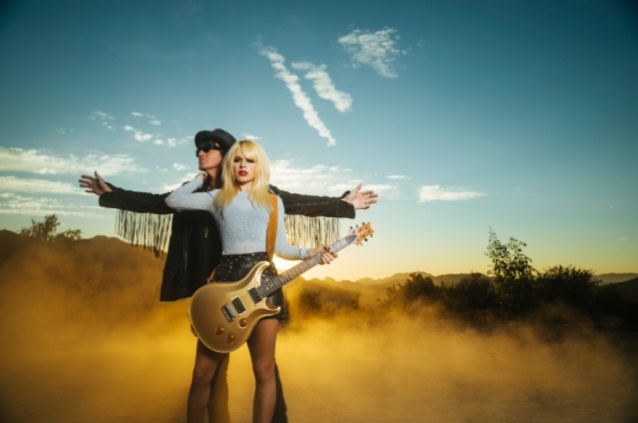 RSO Feat. RICHIE SAMBORA And ORIANTHI: 'Radio Free America' Album Due In May

RSO, the acclaimed genre-spanning musical project from Richie Sambora and Orianthi, has announced the release of its debut full-length body of work, "Radio Free America", out May 11 on BMG.

American rock icon, Rock And Roll Hall Of Fame inductee, Songwriters Hall Of Famer, and founding member of multi-platinum, Grammy-winning band BON JOVI, Richie Sambora, and Australian guitar virtuoso Orianthi have joined forces to deliver 15 versatile duet tracks that encompass elements of rock, blues, pop, R&B and country. Sambora and Orianthi's voices and guitars effortlessly blend together, and their indelible melodies and uplifting lyrics create an album filled with warmth, heart and a whole lot of rock 'n' roll. RSO, which has garnered praise from the likes of Variety, Billboard, Forbes, People, Guitar World and more, displays the combustible chemistry that Sambora and Orianthi have both onstage and off.

"Radio Free America" will come on the heels of Sambora's induction into the Rock And Roll Hall Of Fame as a founding member of BON JOVI on April 14.

Most of the songs on "Radio Free America" were recorded with legendary songwriter/producer Bob Rock (METALLICA, BON JOVI) at Sambora and Orianthi's Los Angeles home over the past two years, where they have built a recording studio in their kitchen, complete with studio-size speakers, keyboards, computers, and mics. There are amps in the dining room, the living room overflows with racks of guitars, and the home theater has been converted into a drum room. At home, the two have created an inviting world filled with love, friendship, laughter, and passion for music that seeps into these songs.

"I think these songs are about just being human," Sambora says. "People have more in common with each other than they think. Ori and I have had the chance to see that up close, in front of millions of people around the world, for many years. It's ingrained in us as songwriters, that desire to transcend language and genre, to play for people, entertain them, and write songs that can be the soundtrack to their lives."

Over the course of his 30-year career, Sambora has been lauded for his indelible songwriting, powerful vocals and world-class guitar playing. He has sold over 130 million albums worldwide and has co-written over 20 Top 40 hits and 11 Top 10 hits, including "Livin' On A Prayer", "You Give Love A Bad Name" and "Wanted Dead or Alive". Sambora has created some of the most instantly recognizable guitar sounds and penned many of the greatest rock anthems in a generation. Australian guitar virtuoso Orianthi has shared stages with the likes of Michael Jackson, SANTANA, Prince, ZZ TOP and was the first female member of Alice Cooper's band. They have both written chart-busting singles, toured the globe extensively, collaborated with superstar artists, and released three solo albums each albums (Sambora: 1991's "Stranger In This Town", 1998's "Undiscovered Soul" and 2012's "Aftermath Of The Lowdown". Orianthi: 2007's "Violet Journey", 2009's "Believe" and 2013's "Heaven In This Hell"). 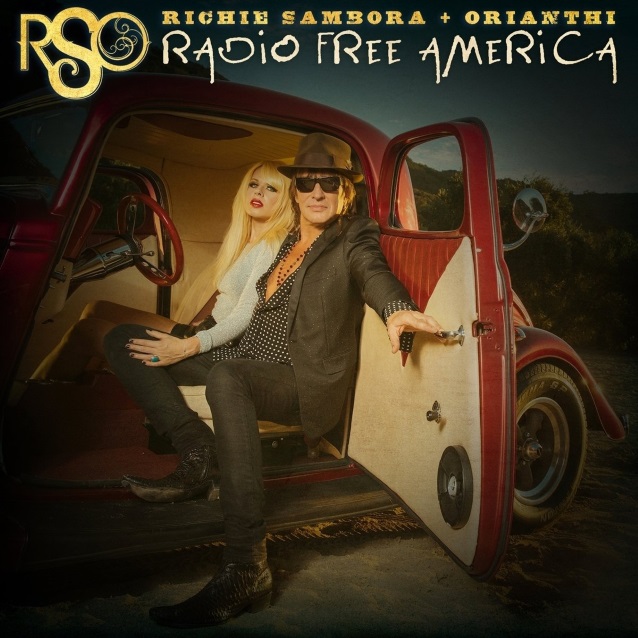