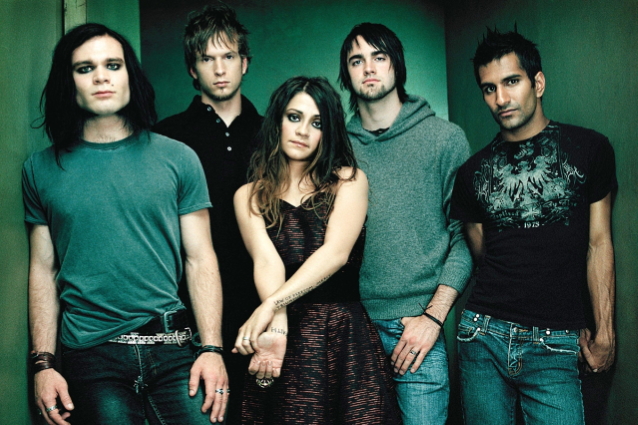 FLYLEAF, which recently reunited with singer Lacey Sturm, will perform at next year's edition of the Blue Ridge Rock Festival, set to take place September 7-10, 2023 in Alton, Virginia. Also set to appear at the event are COAL CHAMBER, TAPROOT (reunion show),COLD ("Year Of The Spider" 20th-anniversary show),ADEMA, SENSES FAIL, WOE, IS ME (original lineup reunion),FINGER ELEVEN, TECH N9NE, LIKE MOTHS TO FLAMES, DAYSEEKER and VILLE VALO.

As previously reported, FLYLEAF will also perform at next year's Sick New World festival in Las Vegas, Nevada. The band, which hasn't performed live since 2015, will join SYSTEM OF A DOWN, INCUBUS, KORN, EVANESCENCEDEFTONES and many others at the one-day event, which will be held on Saturday, May 13, 2023 at the Las Vegas Festival Grounds.

In December 2021, Sturm released the official music video for her latest solo single, "Awaken Love". The track followed the previously released "The Decree" and "State Of Me".

ARTIST ANNOUNCEMENT #12: @flyleafmusic with @LaceySturm (Original Lineup)
Your #1 most-voted for reunion for 2023 IS HAPPENING! Reuniting in 2023 for the first time since 2012, we are ecstatic to announce a very rare Original Lineup Reunion performance! pic.twitter.com/kMj12Q2eU7