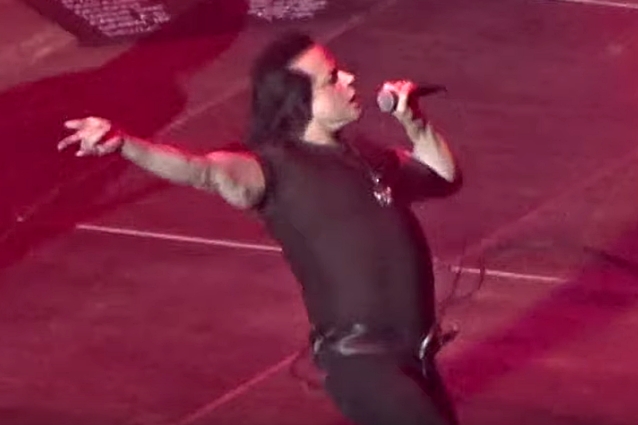 Live Nation Philadelphia appears to be teasing a local performance by the reunited MISFITS.

Earlier today, the concert promoter shared a video featuring the Philadelphia Flyers mascot Gritty and the MISFITS skull logo along with the "12.14.19" date, suggesting that the show will take place at Wells Fargo Arena.

It was only last month that Glenn Danzig said that the MISFITS wouldn't play any more reunion shows after last weekend's concert in New York City.

Since then, the original lineup of the MISFITS has reunited for scattered dates, with the latet one taking place on October 19 at Madison Square Garden.