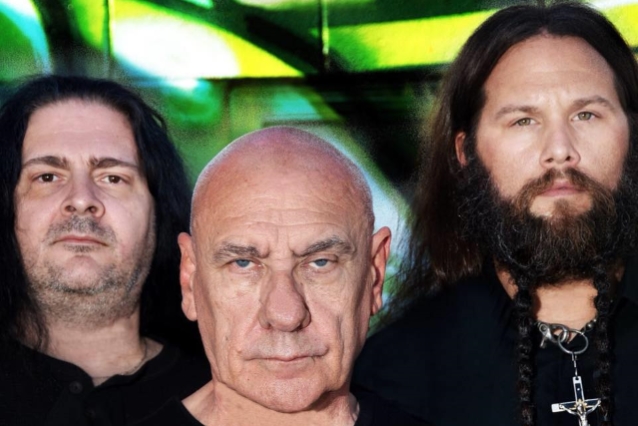 DAY OF ERRORS, the three-piece band led by original BLACK SABBATH drummer Bill Ward, has released a new song called "Dark". Check it out below.

In November 2017, DAY OF ERRORS released its first two songs, "Day Of Errors" and "Blaspheming At Creation" via iTunes, Spotify, Amazon MP3 and Google Play.

The band made its live debut in June 2016 at Gaslamp in Long Beach, California.

Bragg joined DAY OF ERRORS in early 2017 following the departure of bassist/vocalist Nick Diltz (ALL HAIL THE YETI).

Earlier this year, Bragg spoke to "The Blairing Out With Eric Blair Show" about what he gleaned from playing with Ward for the past two years. "Honestly, Bill is a phenomenal songwriter — singer and songwriter," he said. "He's written all the lyrics, all the melodies, all the music, all the guitar parts, obviously, the drum parts… It's an inspiration to see someone that you've listened to your whole life, and then you get to actually stand in a room with the guy and watch him perform and write and produce. It's amazing. I'm very blessed and happy to have that opportunity to do that with him. Especially one of the members of BLACK SABBATH. I mean, that's like hanging out with one of the dudes from LED ZEPPELIN, man. Give me a break. It's awesome."