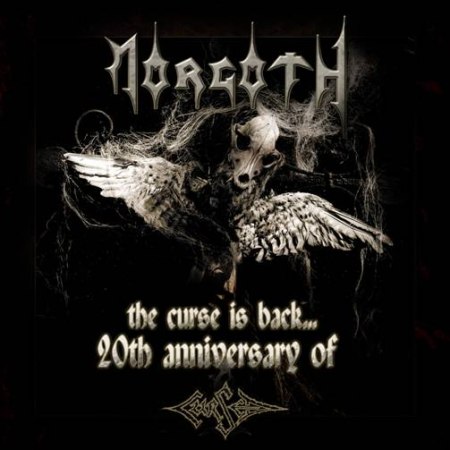 Ever since Century Media Records released the "1987-1997: The Best Of Morgoth" compilation in 2005 and reissued the 1991 MORGOTH album "Cursed" the following year, there have been rumors about a possible reunion tour by the German death metal band. After receiving several offers from festival promoters, MORGOTH decided to celebrate the 20th anniversary of the original release of "Cursed" by making several festival appearances in 2011. The setlist will primarily consist of songs from "Cursed" but will also include cuts from the classic EPs "Resurrection Absurd" (1989) and "The Eternal Fall". The band's lineup for these special shows will consist of Marc Grewe (vocals),Harry Busse (guitar),Sebastian Swart (guitar),Thilo Mellies (bass) as well as a soon-to-be-announced "great" drummer.

Commented Grewe: "Throughout the next months we will make sure to prepare a great show for us all to celebrate together in 2011. We seriously look forward to seeing old friends, peers and faithful supporters of the band again as well as playing to new audiences during the upcoming string of festival shows."

MORGOTH's first confirmed appearance will be as one of the headliners at the fifth edition of the Death Feast Open Air festival, set to take place June 23-25, 2011 in Hünxe, Germany. More shows will be announced soon.