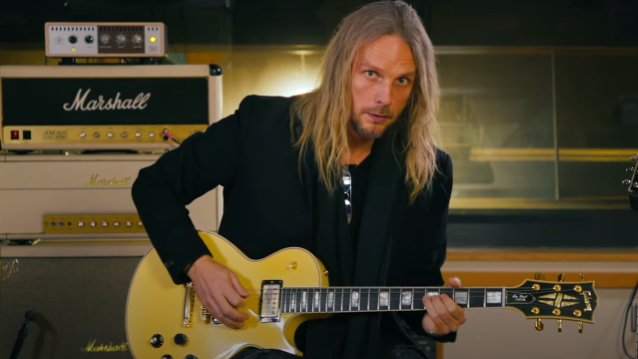 JUDAS PRIEST's Richie Faulkner is featured in the brand new Gibson TV original series "Riff Lords", which gives viewers the chance to learn the riffs of their favorite songs directly from the guitarist who plays them. In episode one, Faulkner breaks down the riffs of such iconic PRIEST songs as "Electric Eye", "Painkiller" and "Hell Bent For Leather".

Earlier this year, Faulkner said that he had "a ton of ideas" for JUDAS PRIEST's follow-up to "Firepower" album. Released in March 2018, "Firepower" was the second LP to feature the 40-year-old guitarist, who was selected to fill the void left by founding member K.K. Downing following his exit in 2011.

JUDAS PRIEST will celebrate its 50th anniversary this year with a world tour coming to the U.S. in the fall. Support on "50 Heavy Metal Years" will come from SABATON.