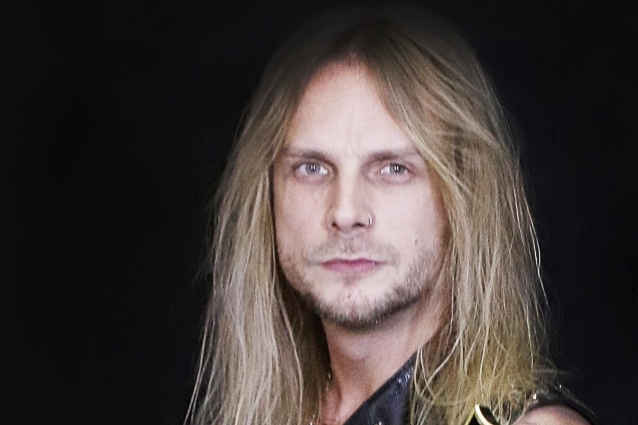 Richie Faulkner says that he is "on the fence" about JUDAS PRIEST's absence from the Rock And Roll Hall Of Fame, explaining that having a successful five-decade career and still making music that the band's fans love is "all the affirmation anyone needs."

Faulkner told Patch.com that he would like to see PRIEST get its rightful place in the Hall — even if just for the sake of its fans.

"I'm on the fence with it," he said. "Metal's always been the underdog and there are many fans who want to see their music represented there. I get that from a fan's point of view and it doesn't quite make sense that PRIEST isn't in there. But, and this is just my opinion, when you're a band that's been touring and recording for 50 years, and you're still making music that you and your fans love, that's all the affirmation anyone needs.

PRIEST singer Rob Halford recently said that he "would love" to see his band inducted into the Rock Hall. "I think we deserve it," he said. "We've put our 10,000 hours in and more. And beyond that, we just feel that heavy metal music deserves more space on the shelf at the Rock And Roll Hall Of Fame."

Adding that he and his bandmates "were thrilled and honored to be even nominated," Halford admitted that it's "kind of bittersweet" to find out that they wouldn't be inducted this year. "We got the nomination, which is something of a recognition for the work that you've done, but we didn't quite get in this time. But I'm hopeful that eventually we'll get some more metal [in there]."