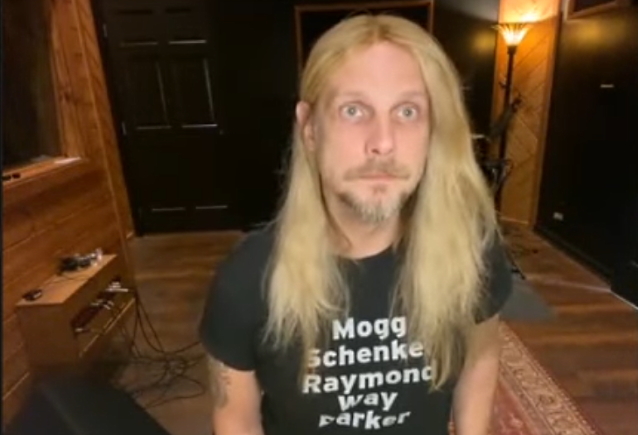 In a new interview with Jimmy Kay and Alan Dixon of Canada's The Metal Voice, JUDAS PRIEST guitarist Richie Faulkner spoke about the progress of the songwriting sessions for the band's follow-up to 2018's "Firepower" album. He said (as transcribed by BLABBERMOUTH.NET): "Since the 'Firepower' tour, we all went our separate ways, like we do, and we've always got ideas coming up; me, Rob [Halford, vocals] and Glenn [Tipton, guitar], we sort of start to put ideas down. And we got together in early 2020 — me, Rob and Glenn; and [co-producer and touring guitarist] Andy Sneap was there as well — and we pooled all our ideas together and we started the first writing session. So we got together a batch of songs that were by no means finished, but they were developed enough that we could call them songs. So we could give them working titles. They were demos, if that makes sense. So we had a batch of demos. And then since then, we've been trying to find an opportunity where we can all get together and develop 'em further and record them. But, obviously, with the restrictions of the lockdown and the pandemic…"

In July 2020, Rob underwent prostatectomy, an operation where the entire prostate gland is removed plus some of the tissue around it, including the seminal vesicles. After more cancer was found last year, he went through radiation treatments in April and May and eventually got then all-clear in June. He also had an appendectomy after a tumor was discovered on his appendix.