Mike Tirelli has been an integral part of the music scene for over 20 years both as a singer and songwriter. His talent and perseverance brought him worldwide recognition performing with such bands as BURNING STARR, RIOT, MESSIAH'S KISS, HOLY MOTHER, LASTLIX and ZILLION, to name just a few.

In the fall of 2008, Mike was diagnosed with stomach cancer and has been undergoing treatment for this life-threatening illness. All the treatments thus far have been a huge success in eradicating this disease.

In March of this year, Tirelli will undergo one last treatment that includes a surgery of the stomach.

"Many of you have been sending in emails with your concerns and well wishes for Mike Tirelli's speedy recovery in his fight with stomach cancer. This is much different from what we lost Guy Speranza [late RIOT singer] from, as reported on other web sites.

"Guy was diagnosed in April of 2003 with pancreatic cancer that has a less than 3% survival rate. We lost Guy Speranza on October 8, 2003 from this type of disease. However, Mike Tirelli was diagnosed in the fall of 2008 with a form of stomach cancer that has just the opposite survival rate of 83% with proper treatment. This is to clarify any misunderstanding with what has been reported on other web sites.

"When I got off the phone with him a few days ago, he is really doing well and was in the car heading upstate with the family. He sounds great, and yes, fans, is even going to sing a few tunes with the boys at the [upcoming] benefit [concert] set up by many longtime musician friends.

"Once again, Mike thanks all of you for all the support, prayers and concerns. He assured me that all of the cancer is gone from his body and that he has a positive outlook from all of this."

On Sunday, February 8, a benefit concert for Tirelli will be held at Mulcahy's in Centereach, New York. The following artists are scheduled to perform:

Tickets are $20 and are available through Mulcahy's of Centereach, or by contacting one of the above-mentioned bands.

Please e-mail [email protected] with any questions or for more info.

Donations can be mailed to: 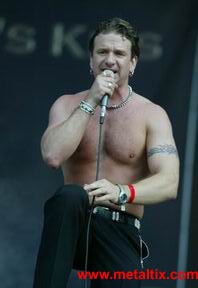