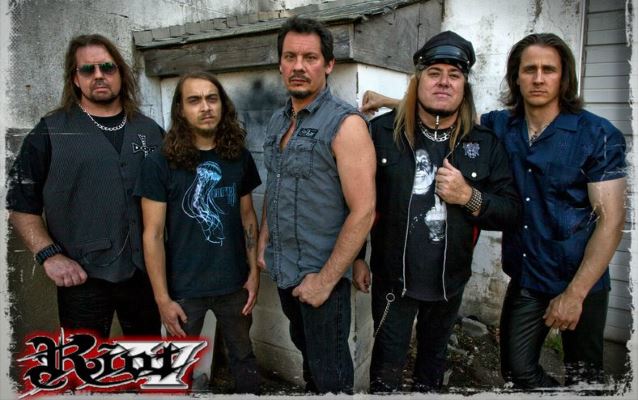 RIOT V, the new band featuring the remaining members of legendary metal pioneers RIOT, will perform RIOT's entire "Fire Down Under" album for a limited number of dates with original "Fire Down Under" guitarist Rick Ventura. The trek will include appearance at the Loud Park festival in Japan in early October.

RIOT V released its debut album, "Unleash The Fire", in October 2014 via SPV/Steamhammer. The CD marks the first release from RIOT without the late, great founding guitarist Mark Reale, who passed away in early 2012 and was limited on his participation on 2011's reunion album "Immortal Soul" because of his health issues. The band was encouraged at the request of Mark and the Reale estate to forge ahead in his honor and has dedicated this new offering to him.

"Fire Down Under", RIOT's third album and its commercial breakthrough, achieved iconic statue by almost not making it out of the gate. The record was deemed unsatisfactory for release by Capitol Records, RIOT's original home label. Only when contractual differences were ironed out between Capitol and the band's next label, Elektra Records, did "Fire Down Under" see release, in February of 1981.

Some have cited the album as one of the more impressive metal offerings of the '80s the decade when the genre made its heaviest creative and commercial impact. A tight program of first-rate songs (all RIOT originals) performed at an unrelenting pace, the album was recorded immediately following the band's barnstorming tours with AC/DC and MOLLY HATCHET. Standout tracks include "Swords And Tequila", "Outlaw", "Altar of the King", "Feel the Same" and the breakneck title song. Reale's and Rick Ventura's fiery guitar work provide most of the album's punch, though singer Guy Speranza lends much to the terse, powerful proceedings, as do drummer Sandy Slavin and bassist Kip Leming all of whom contribute to the songwriting. Producer Steve Loeb's credits also include engineering PUBLIC ENEMY's best-selling "Fear of a Black Planet" album. 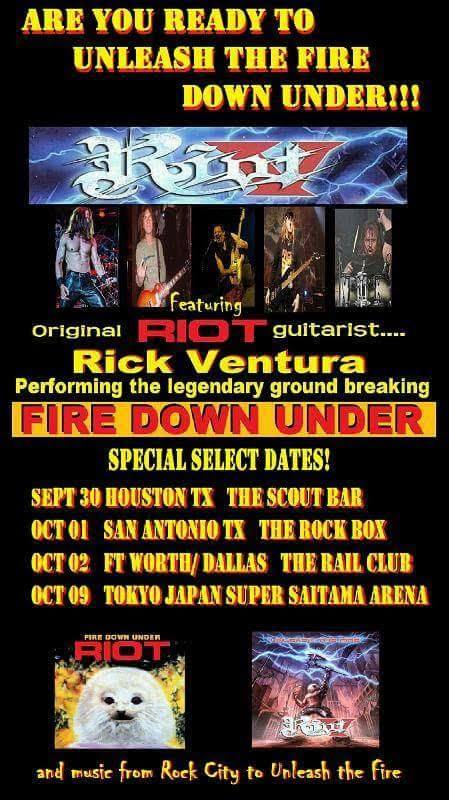