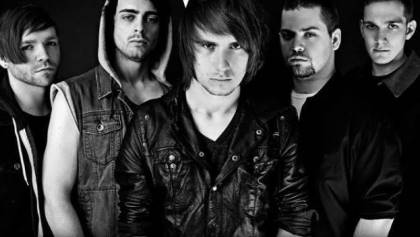 RISE TO REMAIN: 'Over And Over' Single Available For Free Download

RISE TO REMAIN, the London, England metalcore outfit fronted by Austin Dickinson — the son of IRON MAIDEN singer Bruce Dickinson — is preparing the troops for its highly anticipated return to the live arena with a surprise present — a free download of the band's brand new single, "Over And Over".

A ferocious, take-no-prisoners blast of coruscating metal, the track was debuted to an ecstatic reception on the Main Stage at Download festival last year, with the singalong chorus proving an instant hit. Now revealed in its full majesty, "Over And Over" encompasses everything fans have ever loved about RISE TO REMAIN; insanely skillful guitar solos, pummeling rhythms, epic vocals that veer between brutal roars and tuneful intensity, and a melodic hook that reaches into your skull and tears your brain to pieces.

"Over And Over" will be played tonight on BBC Radio 1's "Rock Show" with Daniel P. Carter.

Says Austin Dickinson: "For our first track in a while, we wanted to redress exactly what RISE are about. Musically, it's fucking heavy, melodic and shreddy as hell, and lyrically it's about the ongoing cycle of battling to remain yourself.

"For a band that is growing and growing, and a fan base that is full of diverse individuals, I think this speaks to all of us.

"I'm so excited to share it with everybody; this is simply a taster of what is to come from us in 2014. Prepare yourself, Risers."

And those lucky RISE TO REMAIN fans who manage to get their hands on tickets for the show at London's Borderline on February 20 are in for a treat . In addition to "Over And Over", they can expect to hear a batch of brand new songs that will feature on RISE TO REMAIN's second album. The follow-up to the band's acclaimed 2011 debut, "City Of Vultures", this new CD sees RISE TO REMAIN take their next great leap forward, transforming themselves from British metal's new heroes into a world-class force to be reckoned with.

"Over And Over" is available right now as a free download on www.risetoremain.com. 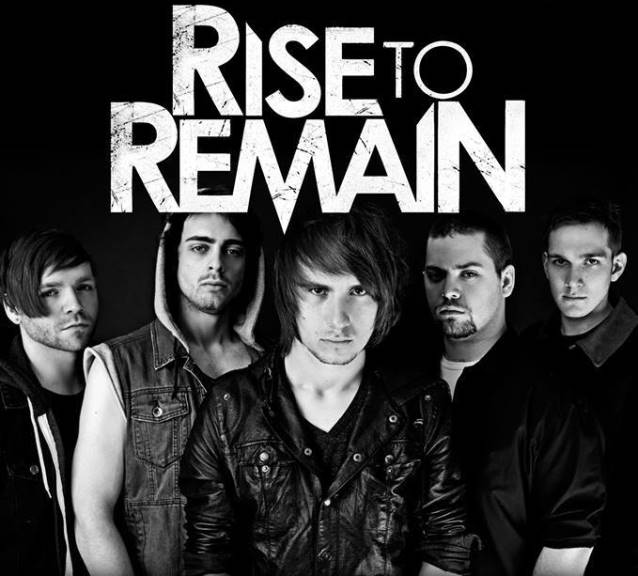 Find more on Rise to remain