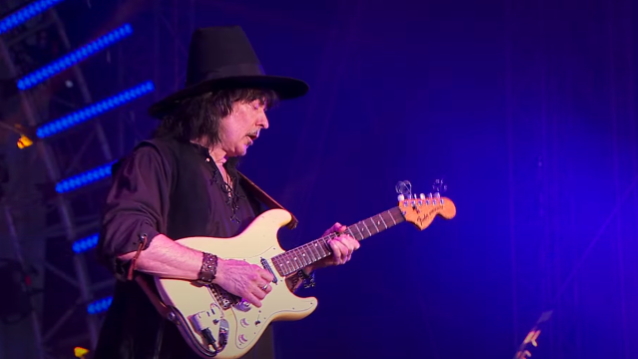 Legendary DEEP PURPLE and RAINBOW guitarist Ritchie Blackmore has paid tribute to Eddie Van Halen, who passed away on Tuesday (October 6) at the age of 65.

Blackmore said in a statement: "Eddie Van Halen was a brilliant guitarist who started a technique of guitar playing which was emulated by a whole generation of guitarists. He was one of the nicest musicians I ever met in the music business. Very shy and not at all conceited about his ability as a guitar player.

"He will be sadly missed but his brilliant legacy will always be remembered. The ultimate guitar hero."