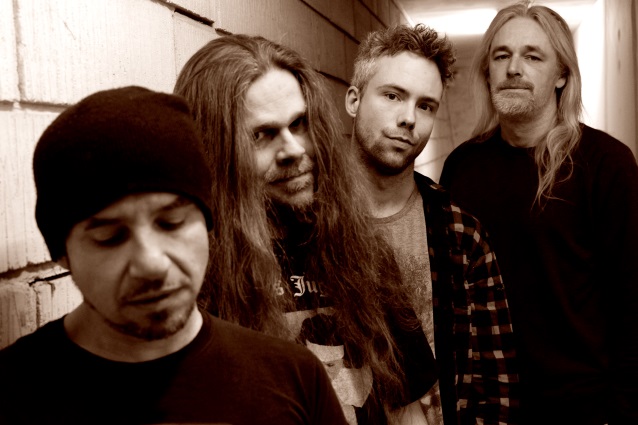 Commented ROAD TO JERUSALEM on the signing: "We are very excited to be working with ViciSolum Productions and we are looking forward to bring the music of ROAD TO JERUSALEM out to the world through this collaboration. 2018 is going to be an amazing year for us!"

As a result of a deep desire to express their own emotions and pure-self through music, Per Møller Jensen and Michael Skovbakke decided to form ROAD TO JERUSALEM. Very soon, through mutual acquaintances, Andreas Holma and Josh Tyree joined the road with this one whole and shared vision in mind.

Since its official formation in late fall of 2016, ROAD TO JERUSALEM has worked its unique sound and appeal slowly and steady towards the consciousness of the masses. With a "new and fresh approach to heavy music", ROAD TO JERUSALEM entered the studio in the summer of 2017 to record its debut album. The effort is being mixed by acclaimed producer Tue Madsen (HALFORD, MESHUGGAH, HEAVEN SHALL BURN)

ROAD TO JERUSALEM will be touring in 2018 and new concerts are constantly added. They will be supporting ORPHANED LAND on the second leg of the Israeli band's upcoming European tour from late February to late March of 2018.