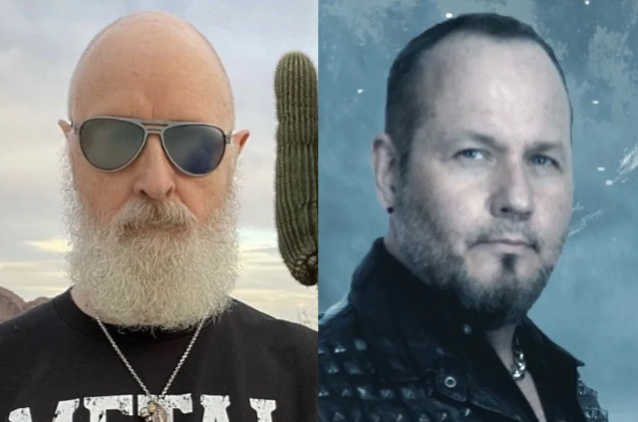 In a new interview with Classic Rock magazine, JUDAS PRIEST singer Rob Halford was asked if he has listened to "Demolition" and "Jugulator", the two albums PRIEST made with singer Tim "Ripper" Owens during a period in the late 1990s and early 2000s when Halford was out of the band. "No. I still haven't," he said. "This might sound selfish, but because it's not me singing, I'm not attracted to it. I sound like a twat, but I'm really just not interested. And that's no disrespect to Ripper, 'cause he's a friend of mine."

Last October, Halford told "The SDR Show" that he would "absolutely" be open to performing material from "Demolition" and "Jugulator" with PRIEST. "Those two albums are just as valid as everything else in the PRIEST catalog," he explained. "So who knows? That day may yet come."

"Demolition" and "Jugulator" are included on "50 Heavy Metal Years Of Music", JUDAS PRIEST's upcoming limited-edition box set which will contain every official live and studio album to date plus 13 unreleased discs. Due on October 15, it is the most extensive release of previously unreleased music the band has made from its vast archives.