JUDAS PRIEST singer Rob Halford believes that his collaboration with former MARILYN MANSON and current ROB ZOMBIE guitarist John 5 (real name: John William Lowery) has stood the test of time and still sounds fresh and exciting more than a decade and a half since its original release.

The TWO project issued the much-maligned "Voyeurs" album in 1998 via Trent Reznor's Nothing Records label and sold poorly before Halford returned to his roots and formed a new unit, simply dubbed HALFORD.

Although Reznor is given "executive producer" credit for the "Voyeurs" disc, the project is largely the work of Halford and co-writers John 5 and Bob Marlette.

A review in the Baltimore Sun stated about the effort: "Apart from some distortion-fattened guitar, there's nothing the least bit metal about the music. Instead, its thrumming synths and mechanized beats owe more to the light industrial sound of NINE INCH NAILS' first album, 'Pretty Hate Machine'."

"When we were making that record, it was a very, very, very guitar-heavy record — very heavy guitar record," he added. "And I remember Tom Morello from RAGE AGAINST THE MACHINE heard it and he was, like, 'This is my favorite record. This is incredible.' 'Cause it was really aggressive and heavy and it had Halford going nuts on it. And we got signed to Nothing Records, Trent Reznor's label. And then, I was still making money and stuff, so I had to go on tour with somebody, and Halford took it to New Orleans with Trent [to remix it], and it totally changed; like, they took a lot of the guitars out. This was at a time when guitars weren't really that popular, and they took a lot of these guitars out, so the record completely changed. I was shocked and disappointed — 'cause all the guitars were taken out. But what was so strong about that album is those songs were so strong; they're such strong songs that it still holds up today. And people really enjoy that record. Halford has the songs with the guitars and all that stuff, and it sounds incredible."

Asked by if he shares John 5's opinion of the "Voyeurs" disc, Halford told the "One On One With Mitch Lafon" podcast (Facebook page): "I love John. He's a fantastic guitar player. He's a dear friend of mine and I'm really thrilled to see the things that he's doing these days. And he's got a new record that's just come out which is extraordinary. He's an amazing talent."

He continued: "When we put that TWO project together, it was very raw, it was very stripped down, it did have some hard rock, almost metal elements to it. But this is the great adventure that we have in music.

"When I bumped into Trent Reznor… I don't even think that's the right word. I was in New Orleans for one Mardi Gras, and a friend of mine was driving me around, and we passed Trent's studio and [my friend] suggested I knocked on the door and that's when I met [Dave] Rave Ogilvie. And I [had] the cassette with me and played the demos to Trent, who I've always admired; I think that man's extaordinary. Something came out of it, you know.

"I was listening to that TWO record for the first time in years just recently. And much like a lot of Trent's work, and a lot of work that I do with PRIEST, it kind of stands the test of time; it still sounds fresh and exciting. But I know what John is saying. And I'm trying to track down the original tapes; it's kind of difficult, 'cause a lot of years have gone by since then. But if ever we get a chance to maybe do a re-release of the original TWO material, I think it would quite cool to check it out and see how it feels in today's world."

In a 2007 interview with Chart Attack, Halford expressed a similar viewpoint, telling the magazine: "The TWO project was with Trent Reznor's label, Nothing Records, through Interscope. And I wasn't really sure there would be that much demand for it, but the fact is that everybody keeps asking me about it and I'm really pleased about that. 'Cause, to some extent, I think that it was overlooked because it wasn't metal as people know me for, but it was a fantastic collaboration with Trent and what I would like for people to hear are the original recordings that Trent first listened to. And then when he became involved with Dave 'Rave' Ogilvie from SKINNY PUPPY in Vancouver, the three of us put our heads together and created that final CD. So I think that it would be great if everybody had an opportunity to listen to the original songs, because they are a lot tougher, you know, they're a lot edgier. They've got more of a rock/metal vibe going to them." 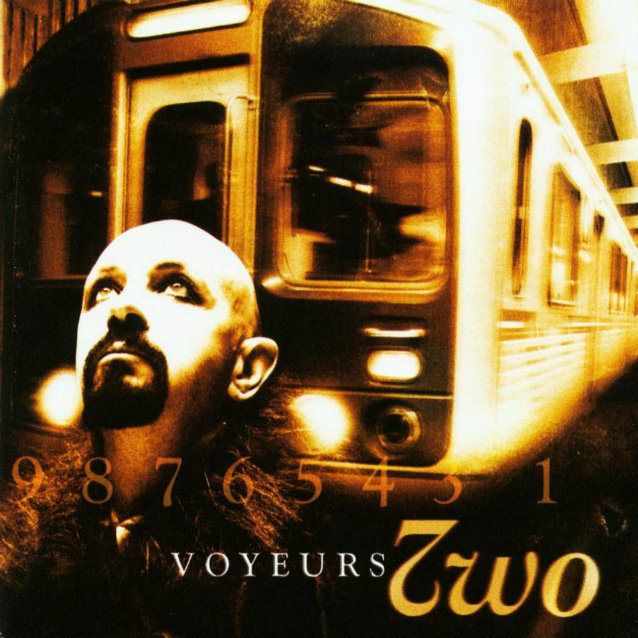