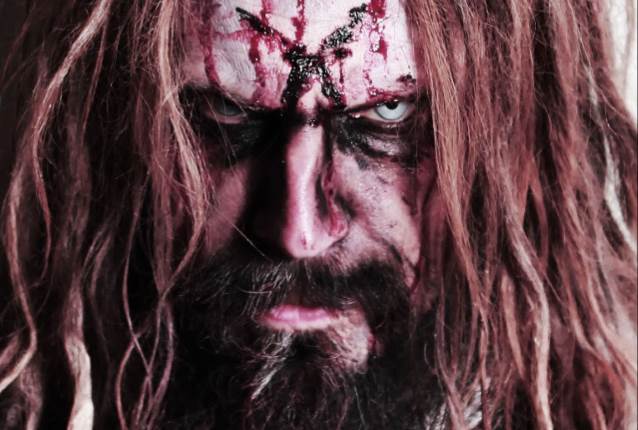 Comments Rob Zombie: "I am very excited to work with the fine folks at Nuclear Blast. The combination of the label's grassroots urge to get the hustle done mixed with the detonation of our most combustable melodic masterpiece yet should prove to be a winning hybrid of hellacious hullabaloo."

Adds a representative from Nuclear Blast: "As fans ourselves at Nuclear Blast, we have long admired the artistry of Rob Zombie throughout his extensive and successful career in both music and film. It is a very exciting opportunity to unite Rob's visionary talent with Nuclear Blast ingenuity.

"Nuclear Blast has a long history of thinking outside of the box and creating personal and collectible experiences for the fans. We look forward to delivering unforgettable experiences to fans around the world for years to come with the legendary Rob Zombie."

This past February, John 5 compared the shock rocker's upcoming album to THE BEATLES' groundbreaking LP "Sgt. Pepper's Lonely Hearts Club Band", saying that it is "by far the best Zombie record that he's ever done." He added: "A lot of people say, 'Oh, it's just our greatest record,' and I don't say that. Whatever I say is so honest when I'm doing interviews. So I think it's our best record."

When asked what makes the new Rob Zombie album so special compared to his previous records, John 5 said: "First of all, Rob did incredible with the lyrics and the melody — unbelievable!

"What he did this time around… We did it… I don't even know if he wants me to talk about this, but how we went about it is… We would usually, me and Rob would come up with some music," he said. "He'd be, like, 'I like that music, and let's write to that music. I'm going to write my lyrics and melody to that music that we just created.' So what happened this time is he wrote lyrics and melody to, like, drum beats and sounds, and he came up with, in my opinion, the hookiest, most memorable lyrics and melody that he has ever. And what he did is brought me in and then we worked on the music, and it was un-fucking-believable; it just worked so well."

Zombie recently told Loudwire about his upcoming album: "I think it's the best record we've made. Parts of it are the heaviest, parts are the weirdest, it's the most complex record we've ever made, but at the same time, it's always very catchy and listenable, but it's the most intricately structured record."

He added: "There are those songs that go in a direction we've never even gone near before. Personally, I like records that are very varied in sound. Not just like, 'Oh, here's 12 super heavy tracks,’ and they're all the same tempo. I like records that are all over the place. That's why I think my favourite BEATLES record was always The White Album."

Rob Zombie has continuously challenged audiences as he stretches the boundaries of both music and film. He has sold more than 23 million albums worldwide, and is the only artist to experience unprecedented success in both music and film as the writer/director of seven feature films with a worldwide gross totaling more than $150 million.