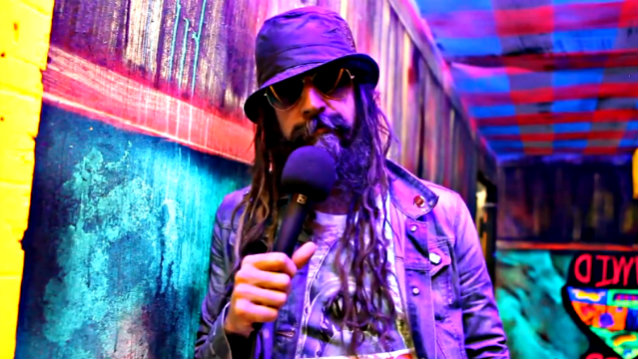 ROB ZOMBIE To Guest On This Sunday's Episode Of Animated Show 'Mr. Pickles'

Rob Zombie will lend his voice to the animated show "Mr. Pickles".

This coming Sunday's (June 5) episode of Adult Swim's quarter-hour comedy series is titled "Vegans", and it features Zombie voicing the character of "the douche bag leader of a Vegan cult!"

Rob has posted an Instagram photo of what his animated character will look like. Check it out below.

Created by executive producers Will Carsola and Dave Stewart, the show about a lovable family dog whose secret life as a murdering occult worshipper is known only to a few disbelieving folks, debuted its pilot in 2013, followed in 2014 by a ten-episode first season. The show's second season debuted on April 17 on the cable network. The rest of the voice cast includes Kaitlyn Robrock, Jay Johnston, Brooke Shields, Frank Collision, Will Carsola and Dave Stewart.

This Sunday on Mr. Pickles check me out as the douche bag leader of a Vegan cult! #robzombie #mrpickles #vegan