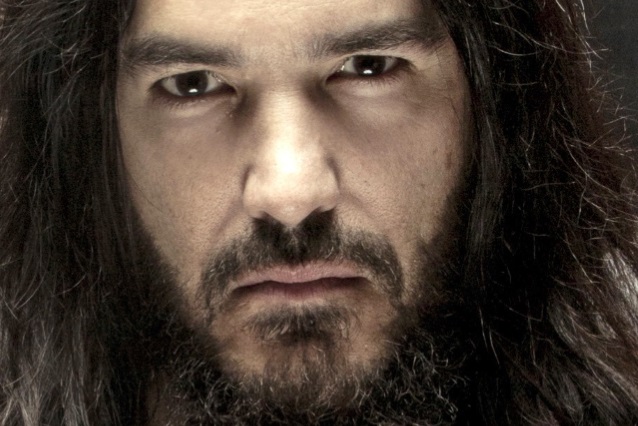 Flynn told Jason Ellis of SiriusXM that "Catharsis" is a simpler and more straight-forward effort than some of MACHINE HEAD's past outings.

"I've been telling everybody, 'Keep your expectations low for the heaviness,'" Robb said. "It's a very grooving, very melodic record, and it's kind of freaked people out — understandably, I guess."

Asked how "unheavy" "Catharsis" really is, Flynn said: "It's got some pretty melodic moments, man. This isn't us at our heaviest. To me, if 'The Blackening' was us at our most thrashing and most heavy, this is probably us at our most grooving and most melodic. And it's still heavy, it's great songs, it's just… it's a new trip, and I dig it, man."

According to Flynn, MACHINE HEAD had "no plan" while composing the songs for "Catharsis". "We just start writing," he explained. "There's never a plan. We just started writing, and it came out the way it came out, and it was just cool. That was the shit that got our dick hard, and we were, like, 'Fuck! Let's go with it.'"

He added: "To me, Keith Richards summed it up best. We're just a vessel and we're just channeling what's going through us."

Pointing out that "Catharsis" is a 15-song collection of music with a running time of around 75 minutes, Flynn admitted that "it's a big commitment" for the listener. But, he added, "The majority of the record is short songs. And it was nice. It was just, like, the first two songs we wrote were just short and sweet and heavy, and we were, like, 'Fuck! It doesn't need to go on for six more minutes or have 20 other changes.'"

As for what brought about the slight change in direction for MACHINE HEAD's new album, Flynn said: "I don't listen to a whole lot of metal — I'm being straight with you. To me, a lot of it doesn't interest me, a lot of the lyrics don't interest me. I listen to a lot of hip-hop. I grew up on a lot of hardcore, punk rock, hip-hop, and I just love… Love it or hate it, I love just the fucking direct, ignorant-ass lyrics of hip-hop. It's very clear, it's very blunt; there's no metaphors. Metal's full of metaphors. We've been singing about the same shit now for 30 fucking years and I get a little bored with it. And with this record, I really wanted to just strip it down and make really clear, really simple, really blunt… Especially my choruses, just really clear… Like, you know what the fuck I'm talking about exactly when I'm talking about it. And it's cool. Like real vulgar language and coarse language, and it's a good vibe, man."

Flynn went on to say that he was inspired by the idea of changing up the formula and taking MACHINE HEAD down a new path without veering too much from the band's established sound.

"How the fuck do you blow people away? How do you say something different?" he asked rhetorically. "'Cause there's the two sides — there's the type of bands that are, like, 'We wanna be AC/DC. Never change. It's always the same.' And then there's THE BEATLES, which is probably the most evolution that's ever happened over the course of 10 years in music history. And I don't wanna say we've changed that much, 'cause I never think that we have, but I love the evolution. I love trying to find some new thing that keeps you going."

The song "Beyond The Pale" can be streamed below. 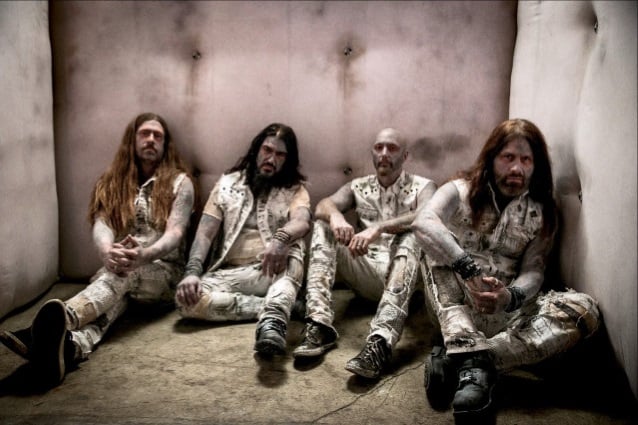