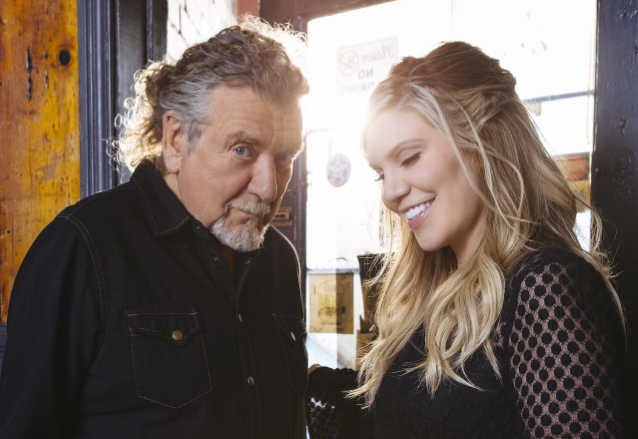 On November 19, Robert Plant and Alison Krauss will return with new album "Raise The Roof", delivering a fresh, cosmic collision of early blues, country deep cuts, revolutionary folk-rock and lost soul music written by a dozen legends and unsung heroes of the past century. The long-awaited reunion marks the duo's first record in 14 years, produced by T Bone Burnett, and the track listing reflects both deep-rooted influences and recent revelations. On "It Don't Bother Me", the final preview of the album shared today, the two artists transform Bert Jansch's solo acoustic composition into an empowering arrangement led by Alison Krauss, simmering with spectral flourishes of dolceola, marxophone and pedal steel, handclaps and percussion, and interplaying guitars of Marc Ribot and LOS LOBOS' David Hidalgo.

On the inclusion of "It Don't Bother Me" on "Raise The Roof", Plant says: "I've been a big follower of Bert Jansch's work since I was a teenager, and of that whole Irish, Scottish, English folk style that has a different lilt and different lyrical perspective. I was very keen to bring some of that into the picture."

"One of my favorite parts of this is the songs and songwriters that I had never heard of," adds Krauss. "Working with Robert, and with T Bone, is always a great education in music history."

"It Don't Bother Me" arrives on the heels of "Raise The Roof"'s lead single, "Can't Let Go", which just spent 10 consecutive weeks at No. 1 on the Americana radio charts, as well as the album's sole original song, "High And Lonesome", penned by Plant and T Bone Burnett.

Following the monumental debut of 2007's platinum-certified "Raising Sand", which won all six Grammy Awards for which it was nominated (including "Album" and "Record Of The Year"),Plant and Krauss "are still proof that sometimes the best things come from unlikely collaborators" (Entertainment Weekly). Across "Raise The Roof", the Rock And Roll Hall Of Famer and 27-time Grammy-winning Bluegrass Hall Of Famer step further outside their comfort zone, expanding their unexpected, unparalleled partnership in remarkable new directions.