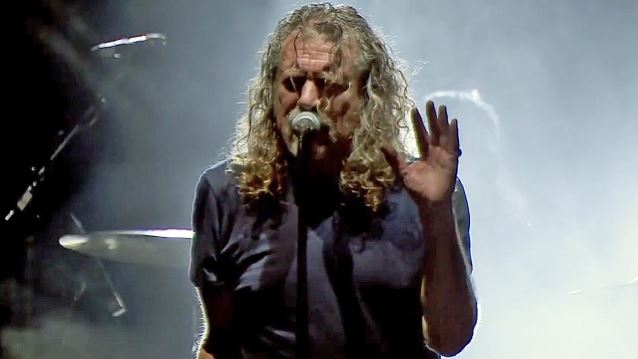 Professionally filmed video footage of legendary LED ZEPPELIN singer Robert Plant and the SENSATIONAL SPACE SHIFTERS performing the song "Fixin' To Die" at the 2015 Bonnaroo Music And Arts Festival, which was held on June 11-14 in Manchester, Tennessee, 60 miles south of Nashville, can be seen below.

Plant was recently forced to postpone two shows on his on the North American leg of his tour with the SENSATIONAL SPACE SHIFTERS after came down with laryngitis.

The tour is in support of Plant's "Lullaby And… The Ceaseless Roar" album, which was released September 2014 on Nonesuch/Warner Bros.

Plant spoke to Relix magazine about his current music and how it connects to his early days in LED ZEPPELIN, explaining, "I want people to know I'm pulling points of reference from other times and other places — incongruous and out of step and kilter — into another world. I've done it with ZEPPELIN lyrics, as well — 'if the sun refused to shine' and 'the road remains the same' and all the shit. There's so many bits like that, because I like the idea of spinning the bottle. And if one or two people pick up on it, that's the justice — that's about right."