Legendary LED ZEPPELIN singer Robert Plant and his new band SAVING GRACE will embark on their first-ever U.S. tour in May. Support on most dates will come from CATFISH KEITH.

An artist presale for the dates will launch on Wednesday, March 4 at 10 a.m., with public onsale starting Friday, March 6 at 10 a.m.

With SAVING GRACE, Plant comes back to the North American shores in extreme transcendental form bringing new faces, a new sound, and another way of looking and listening.

A new cooperative comprised of Suzi Dian (vocals),Oli Jefferson (percussion),Tony Kelsey (mandolin, baritone and acoustic guitars),Robert Plant (vocals) and Matt Worley (banjo, acoustic and baritone guitars),SAVING GRACE made its debut in early 2019 with a series of surprise gigs in small venues across England, Wales, and Ireland and later, a trio of U.K. dates supporting FAIRPORT CONVENTION. The intimate performances saw the band drawing from a repertoire of "music inspired by the dreamscape of the Welsh Marches," songs that span Plant's diverse tastes and influences, notably his lifelong passion for British and American folk, spirituals, and traditional blues, including a number of beloved standards and longtime favorites by Doc Watson, Donovan, Moby Grape and Low, among others. 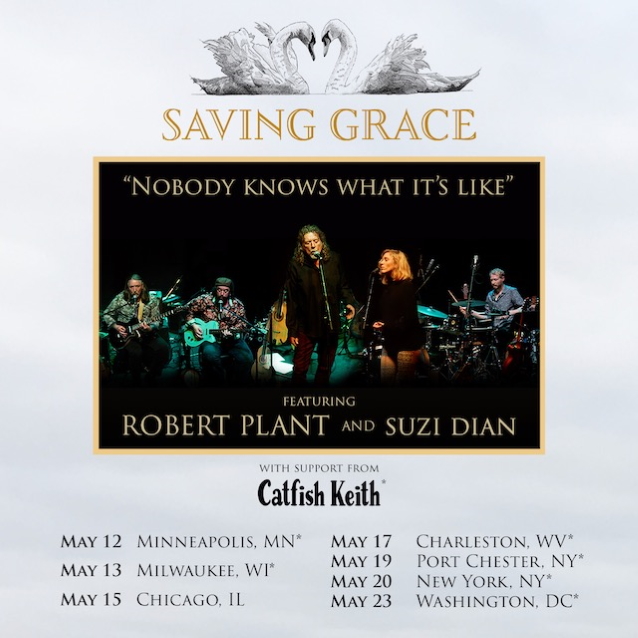