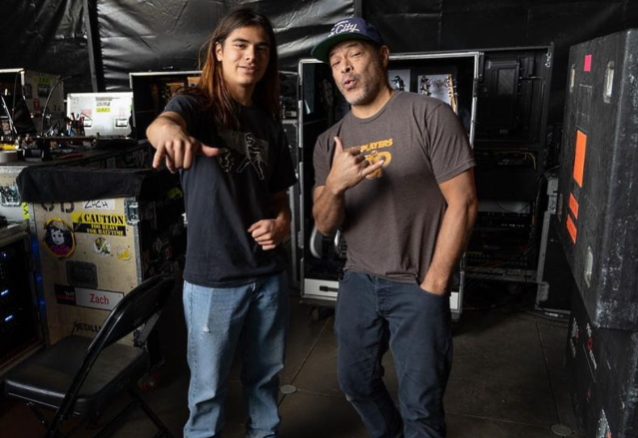 Earlier today, Robert took to his Instagram to share a few photos from the episode, as well as a video of some of the show's credits. He wrote in the accompanying caption: "**Spoiler Alert** That's my boy! Proud of ya Tye! Stranger Things finale shredding it on 'Master of Puppets' and big thanks to @kirkhammett on helping! @tyetru @metallica @strangerthingstv #metallica #masterofpuppets #strangerthings #eddiemunson".

29-year-old actor Joe Quinn, who plays Munson, told Entertainment Weekly about how he prepared for the role: "I listened to a lot of heavy metal. That was my ... God, it's impossible to not sound pretentious when you say it, but, yeah, that was my way in."

Quinn went on to say that he began playing guitar after watching Jack Black in the 2003 cult classic movie "School Of Rock".

"I've played since I was 7, and I've had huge breaks," he said. "I wouldn't consider myself a brilliant guitarist, but I can play it. That was very lucky because those scripts came out, I think, at some point in the pandemic. I did start practicing pretty furiously."