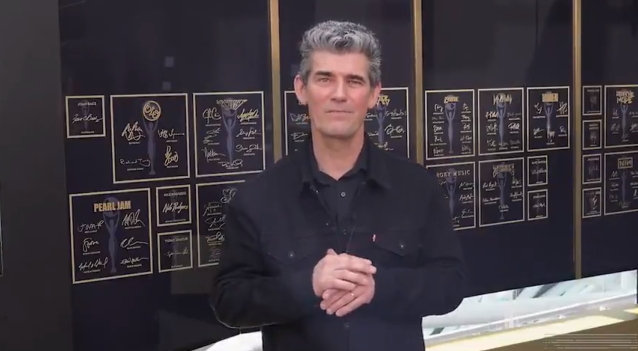 ROCK AND ROLL HALL OF FAME CEO Defends Exclusion Of Heavy Metal Bands: 'We Celebrate All Forms Of Rock And Roll'

Rock And Roll Hall Of Fame president and CEO Greg Harris joined Audacy host Ryan Castle today to talk about the announcement of the 2021 inductees and get his take on what to expect during this year's ceremony.

Asked about Dee Snider's recent comment that the heavy metal genre isn't respected enough by the Rock And Roll Hall Of Fame, Harris said: "It's an interesting one, because we do. We celebrate all forms of rock and roll. They were nominated, and we've nominated [IRON] MAIDEN, JUDAS PRIEST have been nominated, we put DEF LEPPARD in… Those that are nominated, over 80 percent of them eventually do get inducted. So it's really a question of, let's keep nominating them, let's get 'em on the ballot, and let's get it out to the voting body. Incredible bands, no doubt — truly worthy of nomination, truly worthy of consideration. This ballot had sixteen artists on it… and five would have been terrific. They just can't all go in. So this year these are the six. And we're excited to see what next year brings."

Even though artists are eligible for the Rock And Roll Hall Of Fame 25 years after the release of their first album or single, iconic hard rock and metal bands like PRIEST, MAIDEN and MOTÖRHEAD have yet to be recognized by the institution, which inducted GUNS N' ROSES in that group's first year of eligibility.

JUDAS PRIEST was on the ballot for Rock Hall induction last year, but failed to receive enough votes to make the class of 2020.

IRON MAIDEN was on the ballot for Rock Hall induction this year, but didn't make the class of 2021.

Eligible for induction for a decade and a half, IRON MAIDEN is one of the biggest bands on the planet. Since the arrival of its self-titled debut album, MAIDEN has released a further 15 full-length studio records, and sold over 100 million copies.