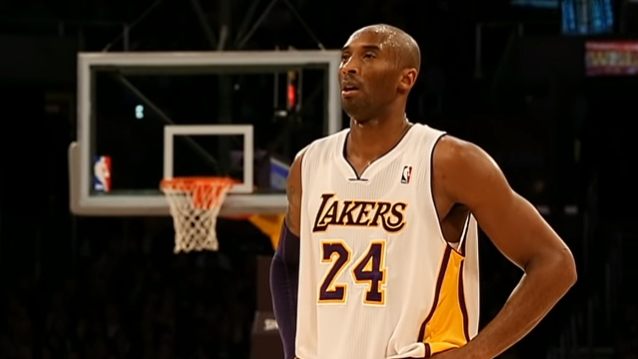 Paul Stanley (KISS),David Coverdale (WHITESNAKE),Dino Cazares (FEAR FACTORY),Phil Labonte (ALL THAT REMAINS) and Chris Kael (FIVE FINGER DEATH PUNCH) are among the rockers who have reacted to the death of basketball star Kobe Bryant. The NBA legend and his daughter were among five people killed in a helicopter crash in Calabasas, California, on Sunday, it has been reported. Bryant was 41.

Bryant and his 13-year-old daughter Gianna Bryant were on their way to a travel basketball game with when the helicopter crashed. According to the Los Angeles County Sheriff's Department, there were no survivors of the crash. The incident occurred before 10 a.m., and the fire made it difficult for firefighters and emergency personnel to get to the aircraft, according to the Los Angeles Times. An investigation is ongoing.

WOW! Kobe. Such A Shock. My Condolences To His Wife And Children. Very, very sad. #KobeBryantpic.twitter.com/4UM6Vap8Dc

R.I.P. legend . He was my hero, I looked up to this man. pic.twitter.com/EiILNbtdHn

So sad to hear. Condolences to his family. https://t.co/1eXLFm9bG4

Having a bad day? @kobebryant would gladly trade you. Shut the fuck up and have some appreciation for the life that you DO have. Life is short. Don’t take it for granted. #Gratitude#Perspective#RIPKobe

Goddamn it. I got nothin’. https://t.co/aqE70FEfrd

In shock. Thanks for all you contributed Kobe. R.I.P. pic.twitter.com/zMOzhBwJFq

attention I will pay on this individual, an absolute legend! @kobebryant#ripkb

Lazy, speculative reporting. Shame on ABC and the other outlets that jumped the gun on that one for the click bait. Sick

R.I.P. Kobe Bryant !!!!! One of the greats of basketball....This is awful!!! Just goes to show how short and fragile life is!!! Rest In Peace brother!!!! pic.twitter.com/yCInmVEhad

Totally in shock about Kobe Bryant. 😕

THE NEWS BECOMES EVEN MORE HEART 💔 BREAKING.
Bryant’s 13-year-old daughter was also on board, Local 10 News has learned.

Extremely difficult to process the passing of Kobe. He was not only a celebrated athlete but someone who was ubiquitous in pop culture for the last 20+yrs. For many of us it’s unfathomable to think such a central figure of our childhood has passed. RIP. Love to his family&friends

This is horrific news! RIP @kobebryant#shockedhttps://t.co/wFOD8pngms

Devastating news this morning. My thoughts, prayers and condolences go out to the entire⁣ Bryant family at this painful time. ⁣

Shocked and devastated 😞 My heart breaks for the Bryant family! Rest In Peace Kobe and Gigi. Lord please be with his family 🙏🏻#ripkobe #gonetoosoon