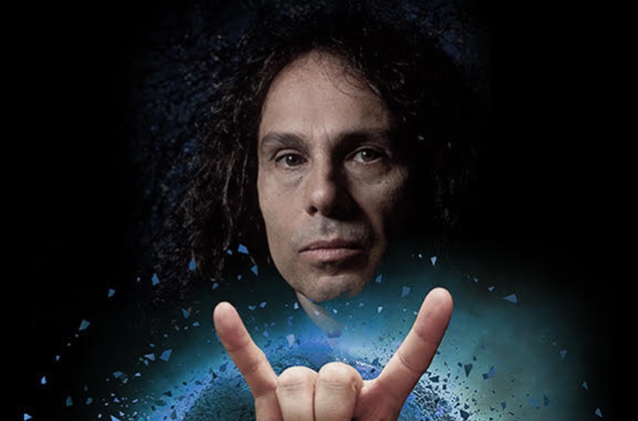 According to Billboard, hologram production company Eyellusion, which created the Ronnie James Dio hologram, has signed with the Agency for the Performing Arts (APA),represented by agency partner Steve Martin.

The Dio hologram will return to the road in April is set to hit over 100 cities in 2019.

After the tour's initial seven-date run was completed last December, Ronnie's hologram is undergoing "some changes" before the launch of the next leg of the "Dio Returns" world tour.

"The big question when we first toured Dio through Europe was 'Is anyone actually going to show up?'" Eyellusion CEO Jeff Pezzuti told Billboard. "We sold out the last three shows in Europe and we did really, really well. We're such believers in what we were doing and we're all such massive fans — in my sixth-grade class picture, I'm wearing a DIO shirt, so you can imagine taking this all the way across the finish line has been a dream come true."

Ronnie's widow and longtime manager, Wendy Dio, who is a member of the Eyellusion team, previously said that the people that criticize the Ronnie James Dio hologram should at least see it in person before voicing their disapproval. "Don't criticize it if you haven't seen it," she told "Whiplash", the KLOS radio show hosted by Full Metal Jackie. "It's done with love. The band love doing it. And we just wanna keep Ronnie's memory and his music alive."