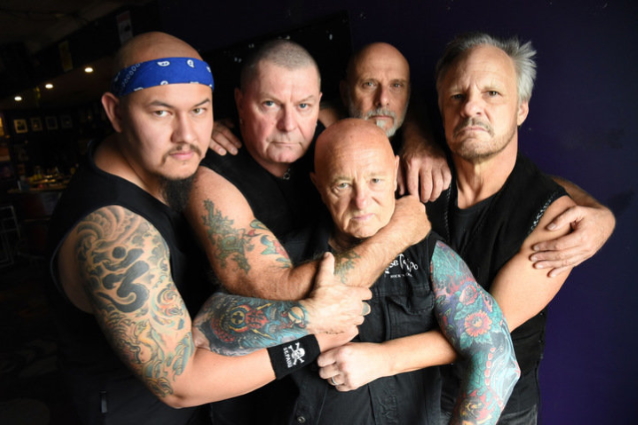 The official music video for the song "Nice Boys (Don't Play Rock 'N' Roll)", taken from "Outlaws", can be seen below.

In addition to classics like the aforementioned "Nice Boys (Don't Play Rock 'N' Roll)", "Rock N' Roll Outlaw", "One Of The Boys" and "Bad Boy For Love", which have etched their way into the music landscape over the last 40-plus years, "Outlaws" includes three bonus tracks from the very early days, songs that were demoed and never made the final cut, those being "love song" "Rosetta", written back in 1975 by Angry Anderson and Ian Rilens, "Snow Queen" and "Sweet Love Rock and Roll", penned by Ian Rilens.

Lovable rogue Angry Anderson recruited the best in the business to head up the assault on this one, comprising legendary bass player Mark Evans of AC/DC fame, iconic guitarist Bob Spencer, Dai Pritchard on slide and Jackie Barnes on drums.

"For me, that's critically important, cosmically important, because this album is all about history, heritage, honor and respect," Angry said. "Just as significant is the forging, the embracing, and the official signing on if you like, to that history by THIS band and having them make their own reverent mark. This really is about honoring the past and respecting the present."

"Rock N' Roll Outlaw" was originally recorded at the famed Alberts studios, produced by the legendary team Vanda & Young and, released through Albert, Repertoire Records in late 1978. ROSE TATTOO's debut album was described as "a dangerous, unpredictable, monster of a record whose power has hardly diminished an ounce in the decades since this album cemented the band's foundation for the years to come."

Added Anderson: "The universe owes a deep unpayable debt to this band's founders Peter Wells and Ian Rilen as well as Mick Cocks, Dallas 'Digger' Royal, Geordie Leach, Rockin' Robin Riley and Lobby Loyde. Paul DeMarco, Dai Pritchard and Steve King have, of course, honorably kept the temple flame burning brightly more recently, but the album also rightfully acknowledges the foresight and support of Ted Albert, Fifa Riccobono, George Young and Harry Vanda who saw something in this band back when most other record companies were calling the cops."

"Outlaws" will be released by Cleopatra Records on all digital platforms as well as on CD and a special limited-edition vinyl pressing in your choice of red or silver.

ROSE TATTOO will undertake its first U.S. tour since 1982 this May. 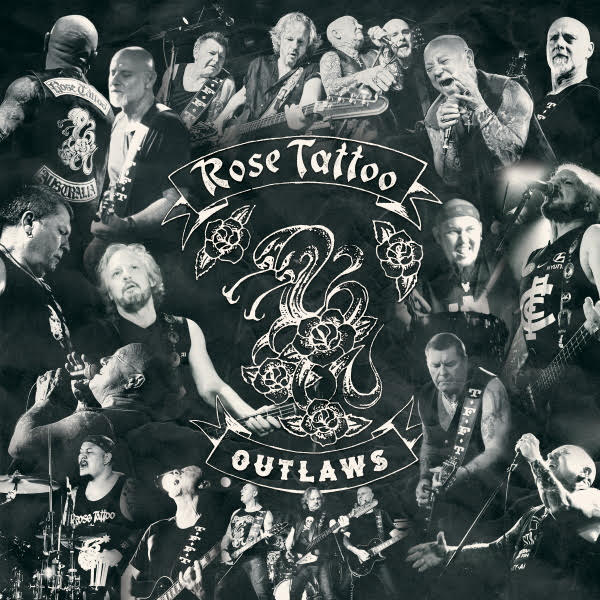