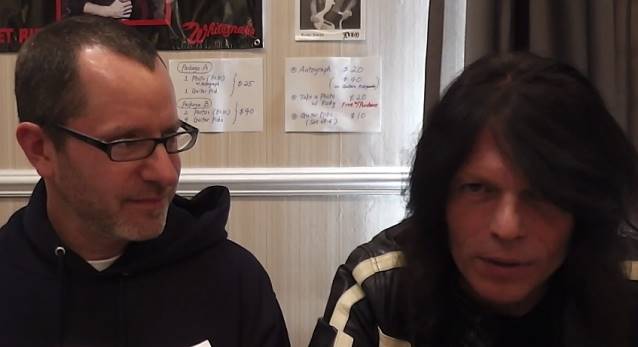 Metal Rules! TV recently conducted an interview with bassist Rudy Sarzo, one of the most legendary and respected names in hard rock history, having played alongside Randy Rhoads in QUIET RIOT and OZZY OSBOURNE, as well as toured and/or recorded with WHITESNAKE, DIO, BLUE ÖYSTER CULT and now in Geoff Tate's QUEENSRŸCHE. You can now watch the chat below.

During a 2012 interview with Ultimate Classic Rock, Sarzo revealed that he was no longer a touring member of BLUE ÖYSTER CULT.

"Due to my scheduling with other projects that I'm doing, it became a little bit hard for me to keep a really solid working schedule with BLUE ÖYSTER CULT, so we amicably, we just basically parted ways," Sarzo said. "So they can actually find somebody who can devote more time to the band and I can actually pursue other bands that I'm doing."