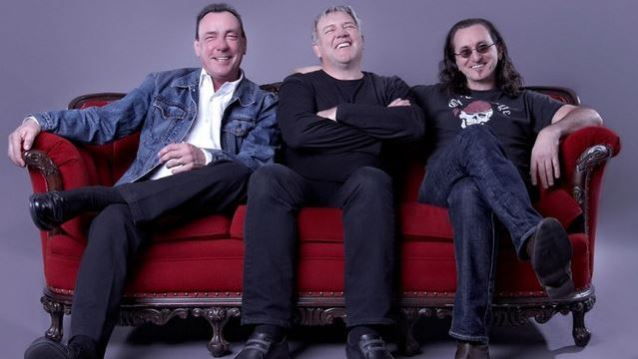 Legendary rock trio RUSH have unveiled details for their first new recording since being inducted into the Rock And Roll Hall Of Fame earlier this year. "Rush: Clockwork Angels Tour" will be released via Anthem/Roadrunner Records on November 19. Anthem/Zoe Vision/Rounder will simultaneously release the companion DVD.

Check out a trailer for "Rush: Clockwork Angels Tour" below.

Beyond the incredible live performances, the DVD includes a 25-minute tour documentary, featuring interviews with all three members and exclusive, behind-the-scenes footage. Titled "Can't Stop Thinking Big", the piece offers a glimpse into the inner workings of the RUSH tour machine and insight into the band members themselves. Other special features on the DVD include the trio of hilarious shorts created specifically for the tour as well as interviews and outtakes captured during their filming. Additional filmed sketches and a rare soundcheck performance of perennial favourite "Limelight" round out the exclusive offerings.

* With the Clockwork Angels String Ensemble 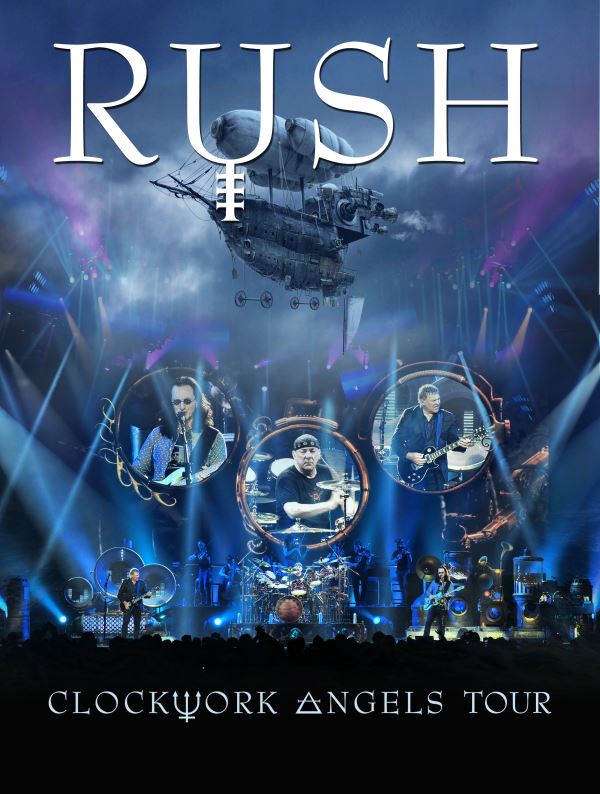