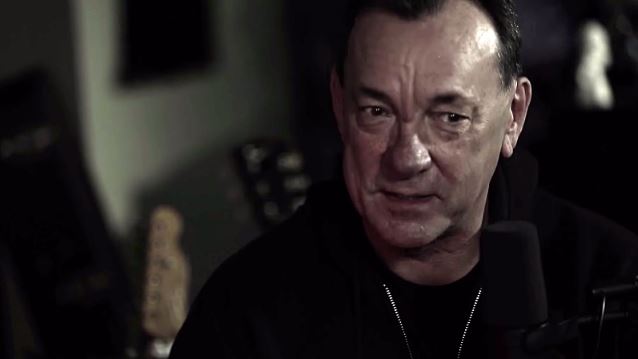 In The New York Times best-selling "Clockwork Angels", author Kevin J. Anderson and legendary RUSH drummer and lyricist Neil Peart created a fabulous, adventurous world in a novel that accompanied the RUSH concept album of the same name. Anderson and Peart have returned to their colorful creation in "Clockwork Lives", a steampunk Canterbury Tales that explores the lives of secondary characters in "Clockwork Angels" and introduces a new protagonist.

"Clockwork Lives" will be released by ECW Press on September 15.

Peart's bestselling memoir "Far And Near: On Days Like These" (October 2014) will be also released in paperback in August 2015. The Huffington Post calls "Far And Near" "a beautiful text, rife with interesting photos, anecdotes, and factoids."

Kevin J. Anderson is the best-selling and award-winning science fiction author of over 120 novels. He has written spin-off novels for "Star Wars", DC Comics and "The X-Files" and, with Brian Herbert, is the co-author of 14 novels in the Dune universe. His original works include the "Saga Of Seven Suns" series.