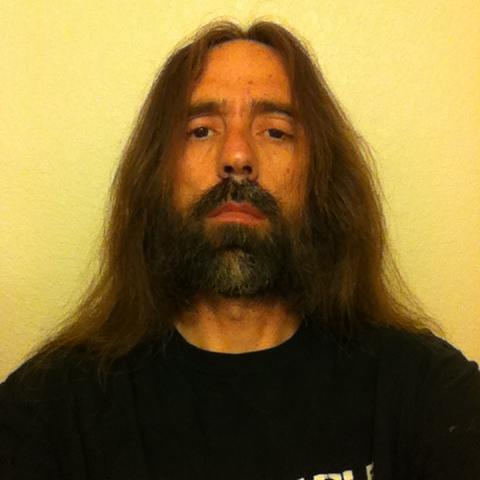 Former TESTAMENT bassist Greg Christian has joined forces with KINNEFRET guitarist Artak Ozan in a new band called TRINITY FALLEN. According to Christian, the two musicians are currently "looking for a real singer — someone with range, dynamics, and the beat, someone with vocal skills comparable to my bass skills or Artak's guitar skills — that can sing clean and sing aggression, but actually sing it, like a 'Cowboys From Hell' / 'Vulgar Displaye Of Power'-era Phil Anselmo, but with their own style."

Continues Christian: "We are located in the [San Francisco] Bay Area with zero budget to fly anyone's ass anywhere. So if you're not close enough to Oakland (or Antioch) to get there by yourself, please don't reply. It's just a waste of time. And it's not just about doing a recording — I want to start playing local shows [as soon as possible], so I need someone that's going to be around, and stick around to break the band."

Greg adds: "Anyone interested send replies (and a recording, photo, video, whatever) to [email protected]"

TRINITY FALLEN has uploaded two instrumental working demos for the songs "Live And Let Live" and "One Fifty Six". Check them out below.

In an interview with Germany's Rock Hard magazine, TESTAMENT guitarist Eric Peterson stated about Christian's latest departure from the band: "Well, you know, I'll just say this… Greg, basically, I think, was basically struggling in his mind with what he was doing. And he just seemed very unhappy on tour, and he has a lot of different reasons; he can only describe that. But he just seemed very unhappy, and we just let him go. Like, 'OK, you're unhappy. Then go.' 'Cause it was a lot of tours where he was unhappy. That's all I can really say about that."

Speaking to 100PercentRock.com, TESTAMENT singer Chuck Billy stated about Christian's split with the group: "Well, I think Greg, he informed us that he wasn't going to be participating on the new record release and that was his last tour with us. We knew we had Australia coming up, so, of course, Steve DiGiorgio was probably one of the first ones to come to mind. He did 'The Gathering' record with us and we enjoyed that whole cycle of touring, so he was definitely, probably, our first choice. We didn't want to go through auditions and do all that. We just knew that he was here, and he could do it, and it was killer."