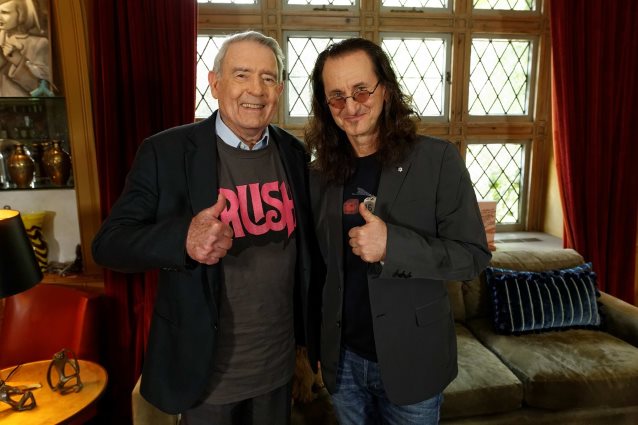 AXS TV, the premier destination for classic rock programming, brings viewers "Closer To The Heart" of prog rock icon and groundbreaking RUSH frontman Geddy Lee in an all-new episode of "The Big Interview With Dan Rather", premiering Tuesday, October 24 at 9:00 p.m. EST / 6:00 p.m. PST. The program captures Rather's trip to Lee's hometown of Toronto, Ontario, Canada for a candid conversation that finds the prolific singer, songwriter, and celebrated bassist opening up about his personal life, his incredible career with RUSH, and his decades-long obsession with America's pastime, topped by a special tour of his impressive baseball collection.

A child of Holocaust survivors who immigrated to Toronto after the war, Lee grew up hearing his mother tell stories that were quite a bit different from the ones other children heard, and this had a profound impact on the way he lives his life. "I consider myself to be someone that feels the clock ticking a little bit," he explains. "I think that's 'cause I lost my dad early on, and my parents came from a situation of horror in Europe through the war. So, I've always had this appreciation for gettin' the most outta the day, getting the most out of the minute. I have a lot of interests, and I try to follow those interests, and I try to embrace the world."

One of those interests was music, which Lee found he had a knack for when he picked up a bass at the age of 12 — unwittingly laying the foundation for his friendship with bandmate Alex Lifeson, whom he met a few years later while a student in high school. "We both sat at the back of the class," Lee remembers. "He was really funny, and we sort of connected. He played guitar, and before you know it, we were starting to jam together. I didn't know at the time that I would spend the rest of my life with this crazy Serbian guy. He was actually in a band called RUSH… and they were scheduled to do a show in the basement of a church. Their bass player couldn't make it for some reason, and Al called me up in a panic saying, 'Do you think you could play the gig with us?' And I said, 'Well, sure.' I learned the songs that afternoon. We did the gig, and then we went to the local deli for French fries and gravy… And that's how my career with Al started."

Since then, RUSH has gone on to enjoy an unprecedented career spanning four decades and over forty million albums sold — rivaling the likes of THE BEATLES and THE ROLLING STONES. Lee credits the band's longevity to a constant sense of humor and levity, and a strong bond between him, Lifeson, and Neil Peart, saying, "I think at the core of what we are, we're pals, and that gets us through a lot of stuff… There was a like-mindedness and a consideration between us. We liked this weird hybrid of hard rock and progressive rock, and we had ambitions that were very similar… And that's a big thing, because a lot of bands break up because of musical differences."

To see more of this unforgettable episode, be sure to tune in to "The Big Interview" on Tuesday, only on AXS TV. 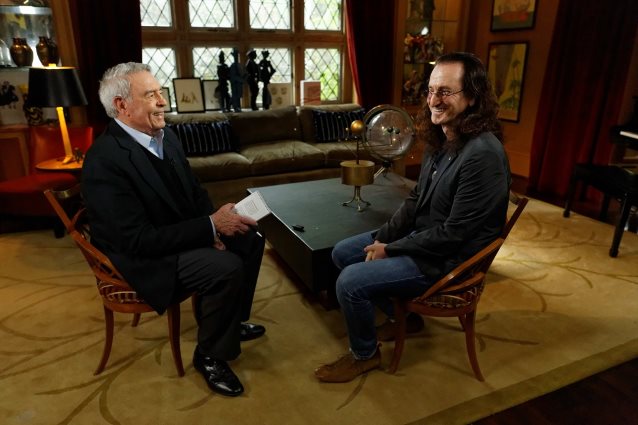