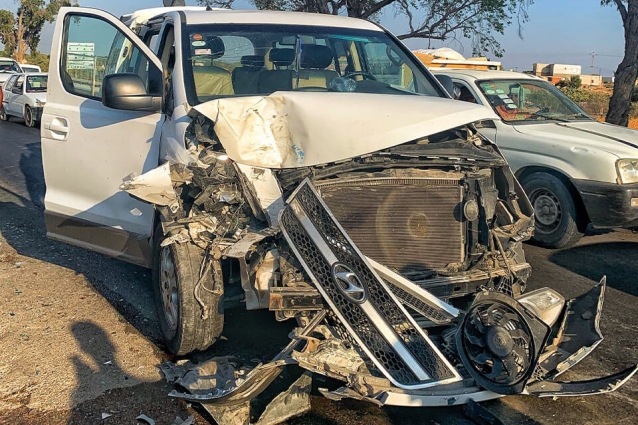 SABATON Involved In 'Serious Traffic Incident': 'We Are All Broken, Badly Beaten, Bleeding And Stitched Up'

Swedish metallers SABATON have been forced to cancel their concert in Gdansk, Poland today (Saturday, September 1) as a result of injuries sustained in a "serious traffic incident" earlier in the week.

The band announced the cancelation in a post on its web site. The five-piece wrote: "Two days ago in Tunisia we were involved in a serious traffic incident upon our return from a video shoot in the Sahara desert.

"We are all broken, badly beaten, bleeding and stitched up, but happy to be alive and confident that we will be fully recovered over time.

"However, after consulting medical expertise and evaluating all our injuries we are sure that we cannot do the scheduled concert in Poland today without risk of consequential injuries.

"We will be back with full force in October for the North American tour and will return to Gdansk as soon as possible.

"Until then we would like to share a few of our private images from the filming in Sahara and the accident.

You can see more of the photos at this location.

SABATON's ninth full-length album, "The Great War", came out on July 19 via Nuclear Blast Records. The band's 20th-anniversary record is a concept effort covering stories from the First World War.

SABATON will join forces with HAMMERFALL for a North American tour this fall. The headline excursion will begin in Ft. Lauderdale, Florida on October 4 and end in Silver Spring, Maryland on November 3.

SABATON IN A CAR CRASH
Two days ago in Tunisia we were involved in a serious traffic incident upon our return from a video shoot in the Sahara desert.
👉Full story & more images: https://t.co/Pa28xayml2 👈 pic.twitter.com/S5AHptCsuJ