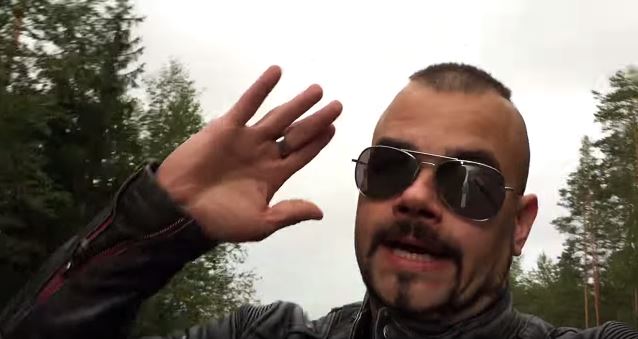 Vocalist Joakim Brodén of Swedish metallers SABATON recently lost a drunken bet with his bandmates, agreeing that the loser had to walk to the group's next gig, set for October 1 at Trondheim Metal Fest in Trondheim, Norway.

"I will not go into details on exactly what happened, but I can say that it was fun and a bit silly," Brodén told Norway's TRD.by web site.

According to Google Maps, the distance between SABATON's hometown of Falun and Trondheim is around 520 kilometers (approximately 323 miles) and the estimated time required to make the trip on foot is 107 hours.

"It started out almost as a joke, but it evolved to be quite serious," said Brodén, who began his trip this past week. "Now I will take a few days rest. I have made contact with some fans via Facebook, who have provided me with food and shelter."

Brodén told TRD.by that he made his way to Vormsund, Norway without a hitch.

"The first day was the hardest," he said. "That's when I walked for ten hours without proper shoes. It wasn't exactly ideal."

"And I do not walk such long stretches of time now. I walk between four and eight hours a day," he said.

SABATON is continuing to tour in support of its latest album, "Heroes", which was certified gold in the group's home country for sales in excess of 20,000 copies. 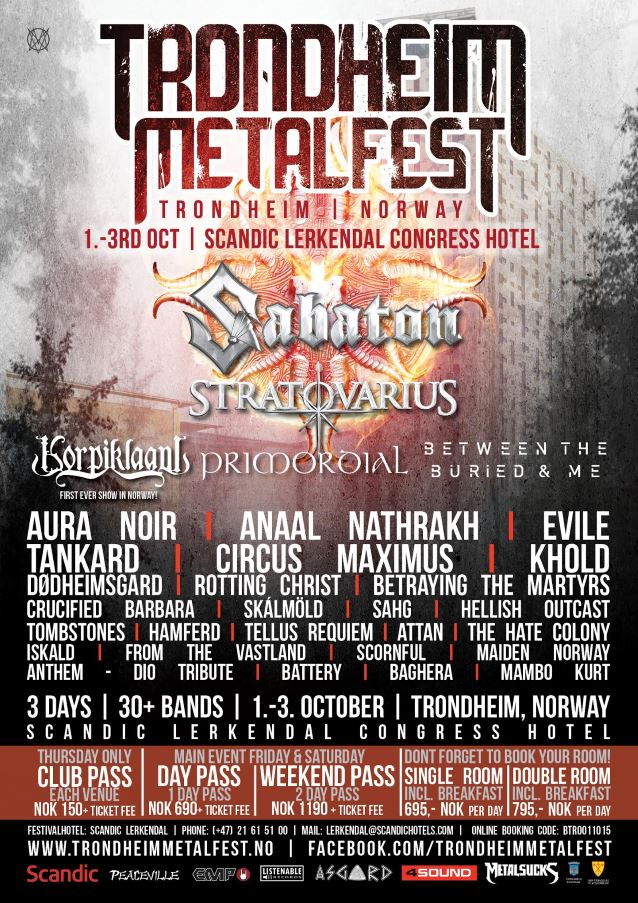