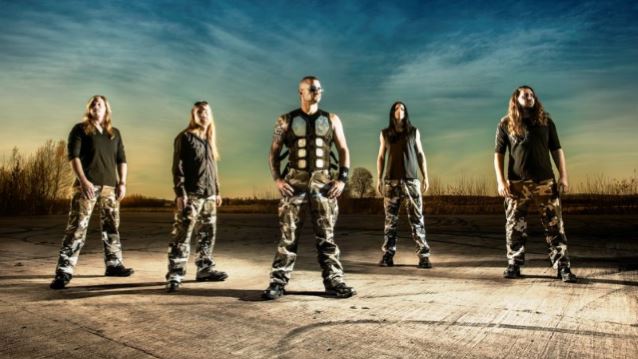 Swedish metallers SABATON have entered the studio to begin recording their new album, "The Last Stand", for an August 19 release via Nuclear Blast. The follow-up to 2014's "Heroes" is once again being produced by Peter Tägtgren (PAIN, LINDEMANN, HYPOCRISY) and it will "mark a brand new chapter in SABATON history," according to a press release.

Says SABATON bassist Pär Sundström: "We once work again with Peter Tägtgren in his newly upgraded and top-class Abyss studio in Sweden to record, produce and mix the album. The mastering will be done by Jonas Kjellgren who also works in the same building in nice Pärlby on the countryside of Sweden. Both 'Carolus Rex' and 'Heroes' was done in the same way and we feel very comfortable to return to the same place and people again. Fans will recognize the sound of the album as SABATON, but we really feel we took it a step forward this time."

The artwork for "The Last Stand" was created by Peter Sallaí, who has worked with SABATON since "Carolus Rex". Sundström explains: "We had the idea to make an image reflecting soldiers of different times representing the different historical battles we sing about on the new album. This only reveals a small part of the album topics though."

States SABATON vocalist Joakim Brodén: "The concept of a last stand has always fascinated me, and both me and Pär were 'all in excited' about the subject so it was an easy choice to make."

Adds Sundström: "We have always several ideas for albums to work with. Since there are countless different views and angles of war, we will, unfortunately, never run out of ideas. We kinda felt that the last stand was something perfect for SABATON. Something we really wanted to do. 'Heroes' was a perfect theme and 'The Last Stand' is right down our alley too. It was exciting to do the research."

Brodén recently told Spark TV that the band's upcoming album won't a continuation of the lyrical themes covered on "Heroes". "We were thinking about it, actually, because that was, for us, to research and to write the lyrics, that was one of the most interesting albums to do, from that point of view," he said. "And we tried, I think, two or three different themes, but we still couldn't get the same feeling, personally, as we did for 'Heroes'. We were actually considering doing that, but then we found a topic that… it's touching on the same subject, [but] a little bit different."

Asked whether SABATON's next CD will be about "evil guys" or villains, Joakim said: "No, no, no, no, no, no, no. We actually wanted to do that before, but our lovely record label didn't like that idea, and I can see the point in a way. Obviously, people in different places [have] different sensibilities about things. When we did 'Heroes', we wanted to also do a second CD that was called 'Commanders'. And in Sweden, it wouldn't be a big problem to put a song about Adolf Hitler, Joseph Stalin… you know, get all the crazy guys in there. The problem could be, though, that in other parts of the world… I'm guessing it would probably okay in the Czech Republic; you seem to be quite easy about these things. But I'm guessing Germany, America, doing these things… also maybe Russia wouldn't like us digging into those things. And we wouldn't want to make people really sad or end up on a 'banned' list. It would be kind of stupid for us." 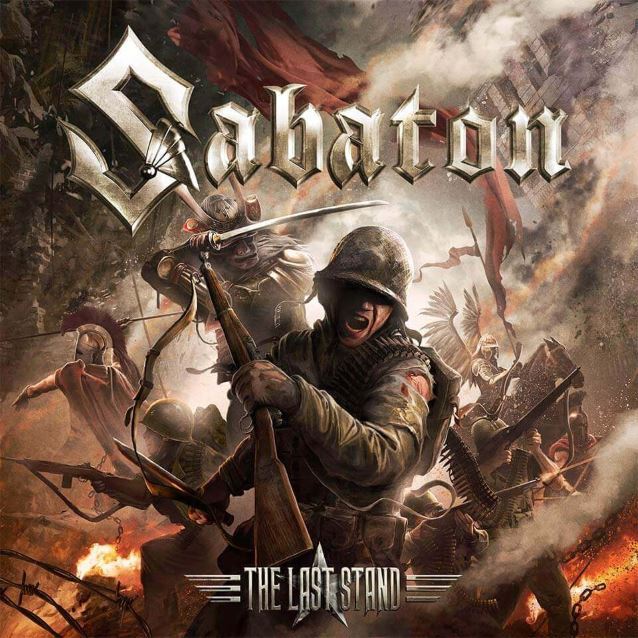