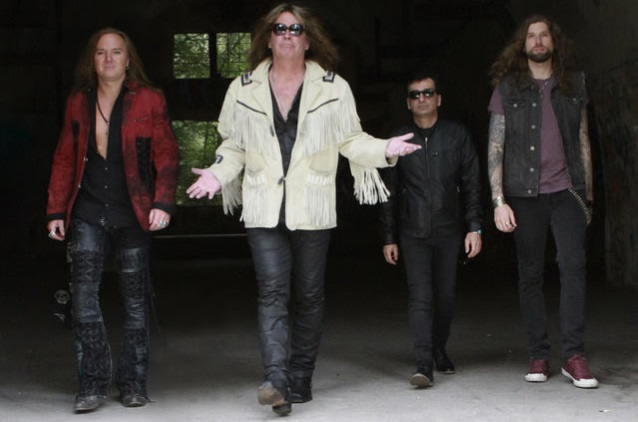 "Burnin' The Candle", the new video from SAINTED SINNERS, the band featuring former ACCEPT singer David Reece, can be seen below. The song is taken from SAINTED SINNERS' second album, "Back With A Vengeance", which will be released on February 16 via El Puerto Records.

Says guitarist Frank Pané: "For the video, we went for a very spontaneous approach. Having a day off in Hamburg between two shows, we were happy to have our friend Volker Thiele (who did our previous clips as well) with us. There was no bigger plan what to do; we basically walked through the city searching for cool locations."

Reece adds: "The shooting was a challenge, because firstly the weather was cold and we shot some on the pier in Hamburg, but it was freezing balls and tough to do. We looked behind us and there was Hard Rock Cafe Hamburg, so we asked the manager out of need to warm up if we could shoot some footage and he luckily agreed, before we froze to death, haha!"

Expressing the "pure essence of rock 'n' roll" was the ambition that paired those four well-known and experienced musicians together in early 2016 to create and play the music which is deeply inside their hearts and in their blood. The love for rock legends, such as DEEP PURPLE, LED ZEPPELIN, RAINBOW, WHITESNAKE, UFO, BLACK SABBATH, VAN HALEN and many others, built the cornerstone for the music of the new founded quartet called SAINTED SINNERS.

"We were aiming for a more guitar-heavy approach this time and also a warmer, more ballsy sound," explains Pané and continues: "This time we already knew where to go. You definitely can hear my huge VAN HALEN and Randy Rhoads influences more than on the previous one. But it also has that DEEP PURPLE touch, even with less keyboards this time. In other songs, you definitely hear a RAINBOW and DIO influence... and it goes on and on. These influences are totally natural and are not planned. So we just go with the flow and that's the essence of rock 'n' roll for us."

The keyboards on "Back With A Vengeance" were handled by guest musicians Angel Vafeiadis and Eric Ragno, who is known for his work with Alice Cooper, Paul Stanley (KISS) and Billy Gibbons (ZZ TOP).

"I'm really happy and satisfied with the end result," summarizes Pané. "Being a new band, it's hard to be recognized nowadays with all the hundreds of releases every month, so we wanted to make a statement that SAINTED SINNERS is a band you should look out for." 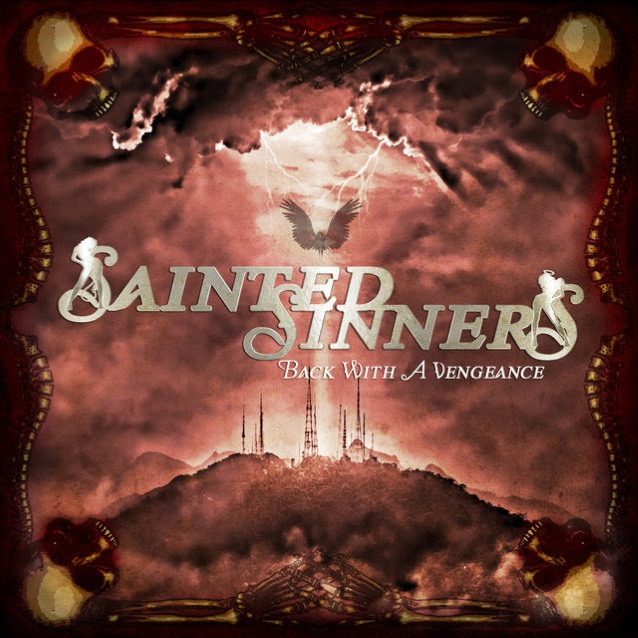