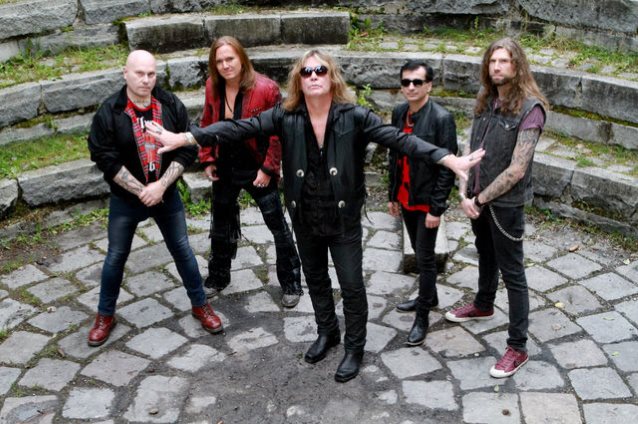 "We Are All Sainted Sinners", the new video from SAINTED SINNERS, the band featuring former ACCEPT singer David Reece, can be seen below. The song is taken from SAINTED SINNERS' self-titled debut album, which will be released on February 24 via El Puerto Records. The group's lineup is rounded out by guitar player Frank Pané, keyboardist Ferdy Doernberg (AXEL RUDI PELL) and the dynamic rhythm section of the two former PURPENDICULAR members Malte Frederik Burkert (bass) and the Hungarian drum maestro Berci Hirleman.

Said Pané about the "We Are All Sainted Sinners" video: "It was lots of fun filming this clip as it was actually the first-ever performance together on stage as SAINTED SINNERS. The location at Spectrum in Augsburg is a great stage to rock, and I think you can see in the footage how good we felt performing as a band. It was a very busy, but successful day for the band with a cool first video clip as the final result, which shows the essence of rock 'n' roll."

Added Reece: "For me, it's a perfect single because all of us have a choice to make each and every day about how we want to treat each other and ourselves. But seriously, for most nothing feels so good like being bad."

Expressing the "pure essence of rock'n'roll", was the ambition that paired five well-known and experienced musicians together in early 2016, to create and play the music which is deeply inside their hearts and in their blood. The love for rock legends, such as DEEP PURPLE, LED ZEPPELIN, RAINBOW, WHITESNAKE, UFO, BLACK SABBATH, VAN HALEN and many others, built the cornerstone for the music of the new founded five-piece called SAINTED SINNERS.

"The idea first started with me thinking about forming a band where I can follow my natural taste of music without compromises. I was writing music and then basically formed the band around who would fit the direction it was going", remembered Pané, whose first step was to contact his former bandmate Reece. "Being one of my alltime-favourite singers, he was my obvious choice. It just clicked immediately and so we agreed to lead the band together as we trust and respect each other."

The eleven tracks on "Sainted Sinners" were written and produced by Pané and Reece, partly recorded at Sound Design in Germany with Robbie Hochwind during mid-summer 2016, as well as in early fall 2016 by Mario Percudani at the Tanzan Music Studios. The final mastering was done by Daniele Mandelli at Tanzan Music Studios in late fall 2016.

"I feel a very strong sense of pride! I feel it's a great representation of who I and we are", summarized Reece, who called the eleven tracks colorful. "Concerning the logistic distance between everybody and the fact that we just started as a band, it's a very promising debut with many albums to follow", rejoiced Pané. 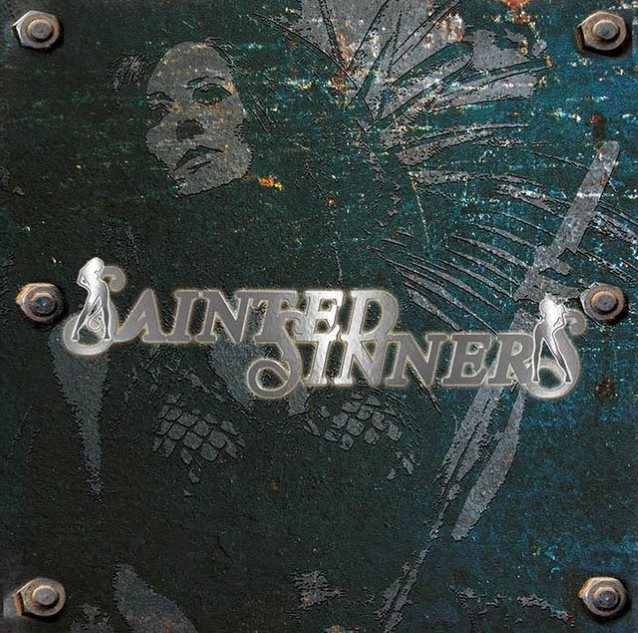