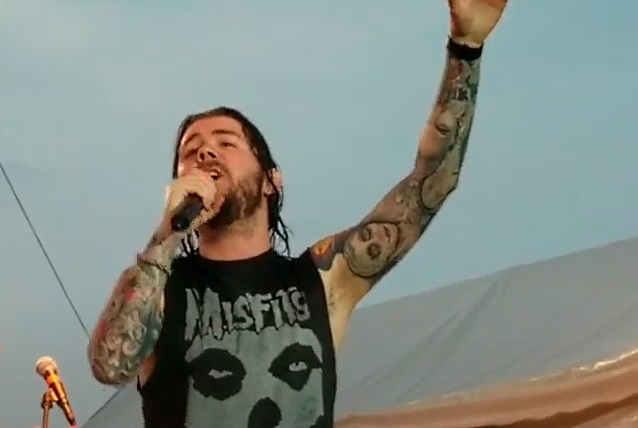 MISERY DOWN, the project fronted by SALIVA vocalist Bobby Amaru, has released the official lyric video for its new single "Come Back Stronger".

Bobby stated about the track: "COVID-19 has destroyed so much of our world... so many things we love and so many things we have worked hard for. People have lost their jobs, family members, friends, and much, much more. The problems we are facing now may seem new, but we have faced hardships before. Humanity has always overcome natural disasters, illness, and war. It is time to remind ourselves that together we will always... come back stronger."

Amaru recently told Audio Ink Radio about the musical direction of MISERY DOWN's new material: "It's different. It's heavier than SALIVA, but the melodies are massive. I just completed it and worked on it in Nashville with a couple of closer friends and knocked out the whole thing. I've played it for just a few people that are super critical, and it's been nothing but positive, and I can't wait to share it."

Back in 2012, Amaru told Jacksonville.com that he was surprised when SALIVA approached him about joining the band. He had met the members several years earlier backstage at a show, but other than having some mutual colleagues, had no connection to them, he said.

"They wanted me to come in and add new flavor," Bobby said.