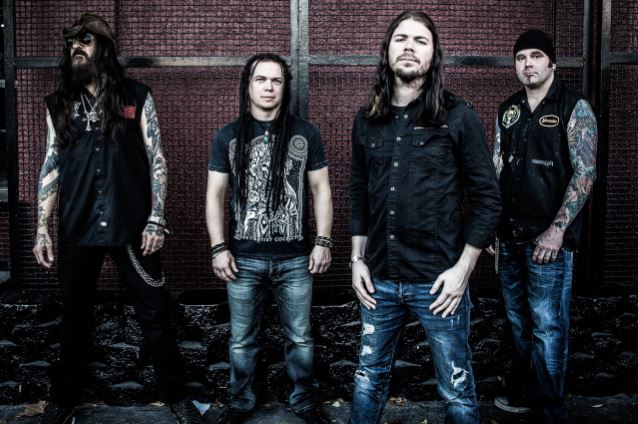 SALIVA will release its ninth studio album, "Love, Lies & Therapy", on June 10 via Universal Music Enterprises (UMe). The band's second with lead vocalist Bobby Amaru joining co-founding member, lead guitarist Wayne Swinny, drummer Paul Crosby and newest member bassist Brad Stewart was produced by Amaru (with co-producers Nolan Neal and Damien Starkey) and sees the band finding a new energy and expanding their signature anthemic choruses and crunching riffs into different directions. The follow-up to 2014's "Rise Up" features power ballads ("Tragic Kind Of Love", "Break Down", "The Loneliest Know" and "Hand In Hand") alongside typical scorchers like "Trust", "Bitch Like You", "Unshatter Me", "Rx" and the rap-rock-flavored "Go Big Or Go Home". Adding to the eclectic approach is an unlikely, but powerful cover of Michael Jackson's "They Don't Care About Us", a single from his 1996 album "HIStory, Past Present And Future, Book 1".

"It's time to ignite/I refuse to lose/Cause I've come alive," insists Amaru in "Refuse To Lose", as he sets the template for "Love, Lies & Therapy", which lives up to its name as a penetrating glimpse into the horrors of addiction — to either another person or drugs. "I'm addicted to the pain/It was all for you," he sings in "Tragic Kind Of Love", while in "Bitch Like You", he confronts the issue straight-on. "Starving your addiction leave you/Leaves you wanting more." In "Unshatter Me", Amaru cries out, "Kneel down and put me back together fix me like before/You crush me when you touch me then I spill out on the floor" and in the explicit "Rx", he leaves no doubt what he's singing about: "I've got a loaded gun but can't pull the trigger/You're the poison in my veins you're the cancer/I can't fight it off/I can't fight this disease."

SALIVA does intend to overcome, though, as in "Go Big Or Go Home", where Amaru insists "It's my time to rise so let's go," or the closing "Hand In Hand", an elegiac, LED ZEPPELIN-esque number that seems to put his troubles behind him: "So I'll see you soon old friend/And we'll burn hand in hand," with a chilling Wayne Swinny guitar solo doing the honors in burying the past and facing the future. 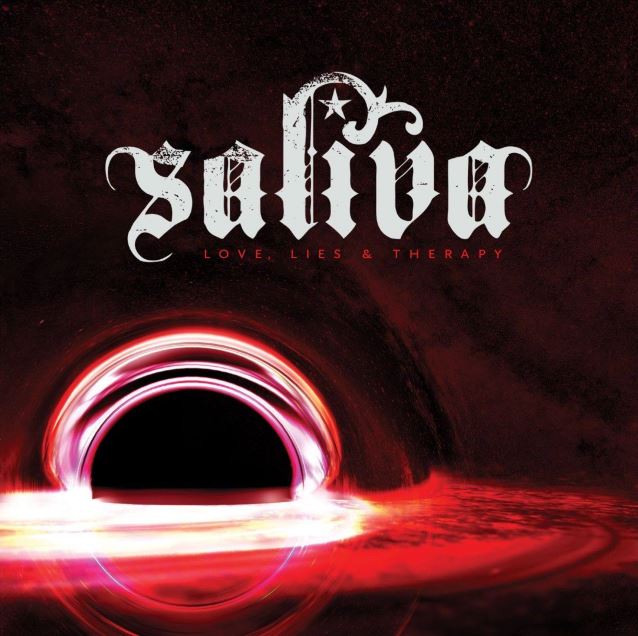