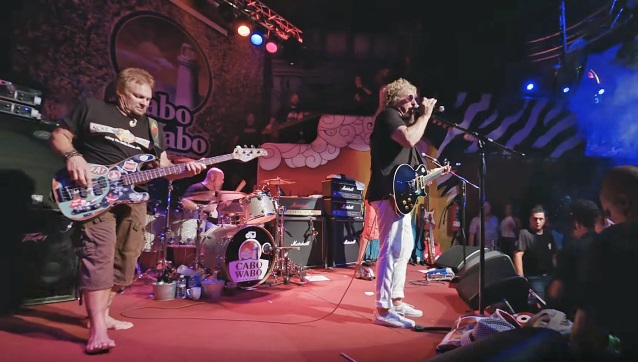 Sammy Hagar is a Grammy-winning singer and songwriter who has sold more than 80 million albums during his four decades as a solo artist and frontman for bands including MONTROSE, VAN HALEN, CHICKENFOOT and THE CIRCLE. He was inducted into the Rock And Roll Hall Of Fame with VAN HALEN in 2007, is also a #1 New York Times bestselling author, host of the TV series "Rock & Roll Road Trip With Sammy Hagar", restaurateur and spirits entrepreneur. He turned his love for Cabo San Lucas, Mexico and hand-crafted tequila into an empire with the Cabo Wabo Cantinas and Tequila and has since added nine restaurants throughout the United States, the award-winning Sammy's Beach Bar Rum, and in 2017 launched a new Santo Mezquila with Adam Levine.