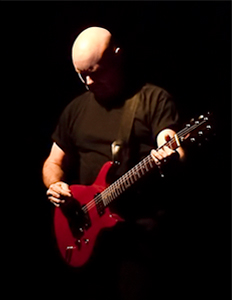 "A couple of weeks ago [was the last time I spoke to Montrose], and about a week before that, and then four or five days before that," Sammy said. "We were talking a lot, because we were planning a MONTROSE reunion for my birthday in Cabo this year. MONTROSE, the whole band, has not been there. Denny's been there, Bill's been there, Ronnie's been there — but [the whole band together] has never been there. I said to Ronnie, 'Come on, man. We're all getting old. Let's do this again while we can.' And he was in, we were all in. On my 65th, on October 13th, I was planning on coming out with MONTROSE, doing the whole first album, then going in with my other band, and then bringing CHICKENFOOT out. I was going to try to [cover] my whole four decades for the fans that night, without nobody knowing. The fans don't ever know what I'm going to do down there. And Ronnie was in. It's crazy. I even played back on my message box, February 10th — 'Hagar, Ronzo… call me back!' It was all good. It's fucked up that those songs will never be played by those four members again. That's so weird to me. It's like the end of an era. Songs can go forever, but we can't. It's trippy."

Hagar was fired from MONTROSE in 1975, and over the years has had some colorful things to say about Ronnie, until the band began performing together as part of Hagar's solo shows. He told The Pulse Of Radio at the time that he never wanted to stop performing as a part of MONTROSE and had always been pushing for a reunion. "I've always tried to get MONTROSE to do it, and Ronnie would never do it in the past. Every time I'd ask, he'd say, 'Oh, I'm busy.' 'Oh, I'm doing a record.' 'Oh, I've got my own little club tour,' and he always would shoot me down. So it's been about three or four years since I've asked him to do it again, so I just thought, 'Hey — I'm ending my tour, so why don't I see if Montrose wants to come out?' And finally, he accepted. I was shocked."

The original lineup of MONTROSE reunited for two tracks recorded during sessions for Hagar's 1997 "Marching To Mars" album — "Leaving The Warmth Of The Womb", which appeared on the album and a remake of the band's classic, "Rock Candy", which appeared on a CD single.

Photo below courtesy of RonnieMontrose.com