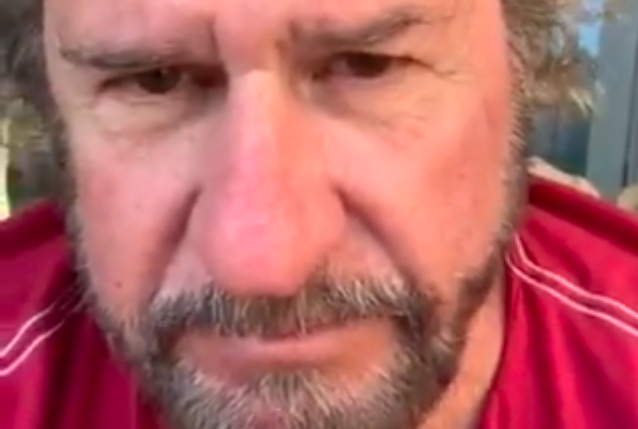 Sammy Hagar has condemned the destruction and violence that has broken out across the country in response to the death of George Floyd.

On Saturday night, Hagar posted a video message to his Twitter in which he pleaded for an end to "violence" and "prejudice." He said: "Why would anyone kill innocent people and take it out on the whole race, the whole society we are living in because of a bad guy? A bad cop, a bad black man, a bad white man, a bad Chinese, Japanese, Hispanic, South American — what's the difference? Why would you take it out on the whole human race — people with families and children that are innocent? There are bad guys everywhere, every walk of life. You know it, I know it, we all know it. Stop the violence. Stop racism, prejudice. Please."

As if we don’t already have enough problems with COVID-19. #StopTheViolence#StopPrejudice#ComeTogether#DontHate#Peace#StayTheFuckHomepic.twitter.com/5afbdgTaii