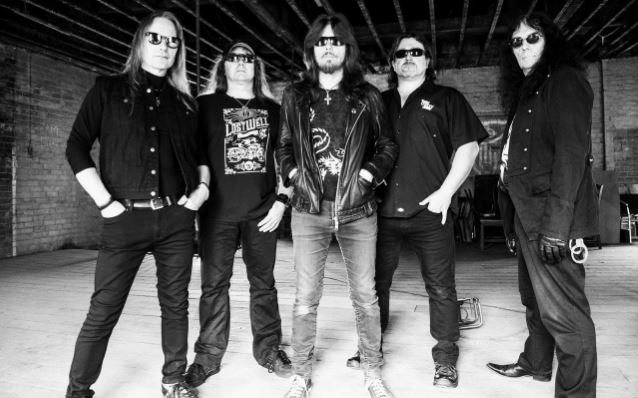 British heavy metal veterans SATAN will release their new studio album, "Atom By Atom", in October via Listenable Records. The follow-up to 2013's "Life Sentence" was recorded at Newcastle's First Avenue Studios and was once again mixed and mastered by Dario Mollo in Italy. The cover artwork, which can be seen below, was created by artist Eliran Kantor, who has previously worked with TESTAMENT, ICED EARTH, SODOM and SOULFLY, among others. The CD features ten songs, including a collaboration with ANGEL WITCH's Kevin Heybourne.

The song "Fallen Saviour" can be streamed using the SoundCloud widget below.

SATAN guitarist Steve Ramsey stated about "Atom By Atom": "We wanted to keep some continuity going with both the look and sound of this album.

"We've been working on the music for nearly two years now and I think people will definitely hear a progression from 'Life Sentence'. I can't really describe it, but I promise you, these songs will speak for themselves."

SATAN released a live album, "Trail Of Fire - Live In North America", in October 2014 to celebrate its debut live appearances last year on the North American soil in support of "Life Sentence".

Originating from Newcastle, England in 1980, SATAN is known as part of the New Wave Of British Heavy Metal movement. Though generally obscure throughout their career, the band is considered influential for playing a form of proto-thrash metal that was fairly advanced by the standards of the early 1980s, influencing major acts like METALLICA, EXODUS and DEATH ANGEL.

"Life Sentence" was released on April 29, 2013 in Europe and May 21, 2013 in the U.S. via Listenable Records. The CD was the culmination of a process that began when the original "Court In The Act" lineup got together for an exclusive "one-off" reunion show at Germany's Keep It True festival in 2011 in what marked their first performance together in 28 years. 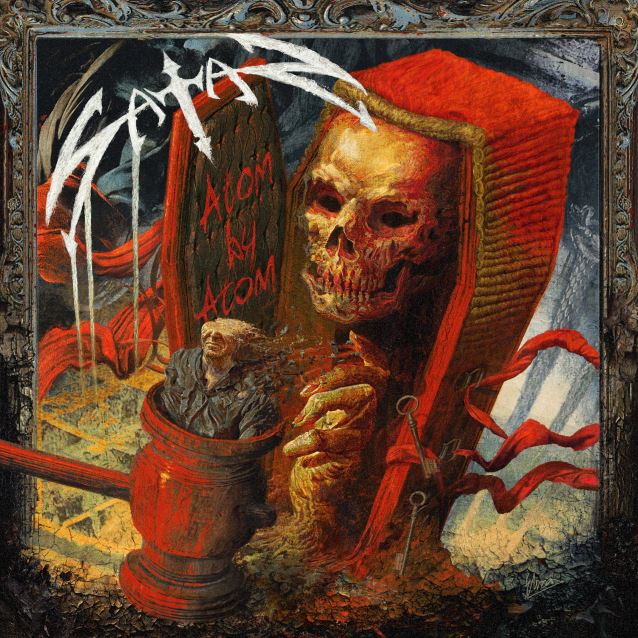