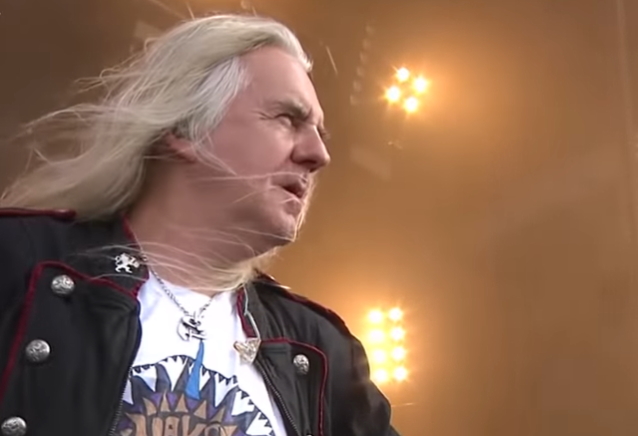 "Denim And Leather" is 250 pages of biker metal hail after hail, with two four-page photo sections, loads of fresh interview content, all the facts and dates and even some of the hot disputes.

Now that there is no more MOTÖRHEAD, it's up to IRON MAIDEN and SAXON to uphold the fine tradition of the New Wave Of British Heavy Metal, something both bands have been doing for over 40 years now. Indeed, 2020 marked the 40th anniversary of SAXON's landmark "Wheels Of Steel" album, a record celebrated in this book with much reverence and many pints of ale clinked between headbangers clad in both denim and leather.

Of course, there is more than that but not everything! Indeed, "Denim And Leather: Saxon's First Ten Years" focuses on the band's golden era, SAXON's prodigious first decade of output. "Saxon", "Wheels Of Steel", "Strong Arm Of The Law", "Denim And Leather", "Power & The Glory", "Crusader", "Innocence Is No Excuse", "Rock The Nations" and "Destiny" each are dedicated standalone chapters, inside of which Martin Popoff deconstructs every song across both sides of the original vinyl, while not forgetting bonus tracks and B-sides, as well as the live material along the way, including the beloved "The Eagle Has Landed" album.

It's a glory-bound SAXON-fest that is long overdue, and it is the hope of the author that at the end of this sometimes-critical examination that the reader returns to these records with new reflections on the NWOBHM and some of the detrimental things that came after for many bands, the heroes of our story included. 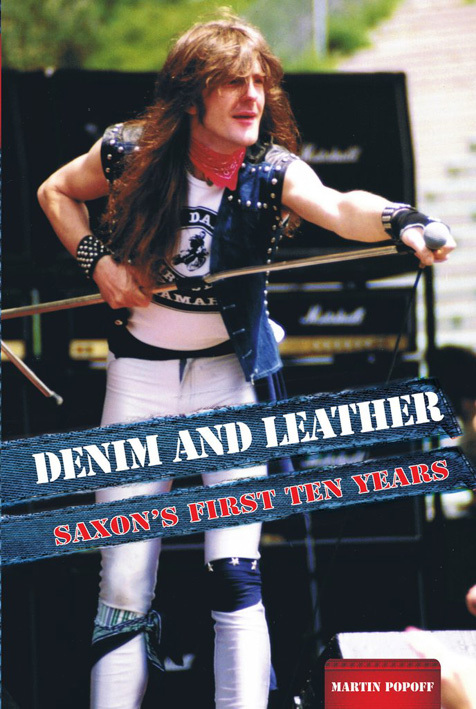