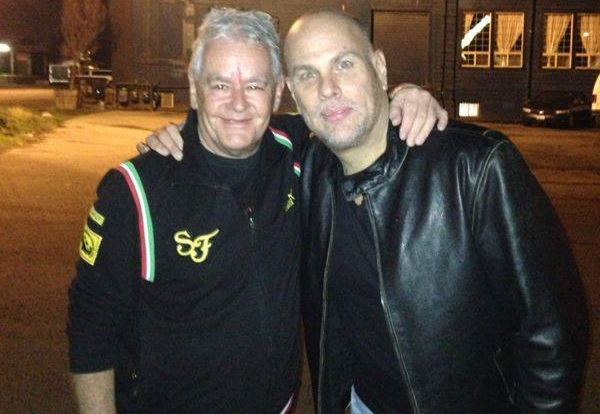 SAXON drummer Nigel Glockler and METAL CHURCH guitarist Kurdt Vanderhoof have announced the formation of a new collaborative project. Glockler says: "We've been wanting to work together for years and we finally decided to make it happen. I've asked my friend Al Barrow of MAGNUM to work with us." He adds: So looking forward to this — I know it's going to be fantastic!"

Glockler last December suffered a life-threatening ruptured brain aneurysm and has since made a full recovery.

SAXON has set "Battering Ram" as the title of its 21st studio album, tentatively due this fall via UDR Music. Songtitles set to appear on the CD include "The Devil's Footprint", which recounts a tale from the 1600s, and "Tax 'Till You Drop", which looks at evil of another kind.

METAL CHURCH's new CD — the first to feature returning singer Mike Howe — will be released in the fall via Rat Pak Records. The CD features the lineup of Howe, Kurdt Vanderhoof (guitar),Jeff Plate (drums),Steve Unger (bass) and Rick Van Zandt (lead guitar). It was mixed by Chris "The Wizard" Collier.

Howe, who fronted METAL CHURCH from 1988 until 1994, officially rejoined the band in April.