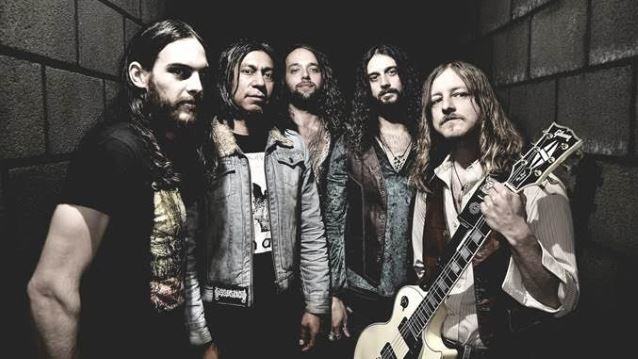 "'Acid Roulette' chronicles the life trials of a traveling man who was imprisoned for a murderous crime," comments vocalist Aryn Jonathan Black. "He was forced into confessing by his wife and her wealthy lover so that they could live out their romance without him in the picture. Once sentenced to a life's term, he goes through extreme emotions dealing with the only woman he'd ever loved taking everything he'd known as 'real' away from him. He has to create and redefine his own reality accompanied by its roller coaster of emotional reflection. He experiences many different psychological changes throughout the years and escapes by means of drugs and his writings. These songs become his diary of a madman. The focus is mainly on the seasons in a year, for each song represents a month. The songs exist to drive home the full power of human emotion as many albums do. However, 'Acid Roulette' wires us into those extremes."

SCORPION CHILD recorded "Acid Roulette" at The Bubble in Austin, Texas with Chris "Frenchie" Smith (THE ANSWER, AND YOU WILL KNOW US BY THE TRAIL OF DEAD...),who previouslyproduced and arranged the band's self-titled, first full-length. "Acid Roulette" was mixed by Dave Schiffman (THE MARS VOLTA, DEAD MEADOW, JANE'S ADDICTION, RAGE AGAINST THE MACHINE). The album's artwork, pictured below, was a collaboration between Aryn Jonathan Black, photographer Max Taylor and graphic designer Rob Kimura.

Commented Aryn Jonathan Black: "MONSTER MAGNET are an amazing band! We can't wait to share the stage with them. We will be performing a great deal of new material that will be featured on the new album that's due out this summer!"

The band had recently released a sneak peek into the new album with a lyric video for the track "She Sings, I Kill". 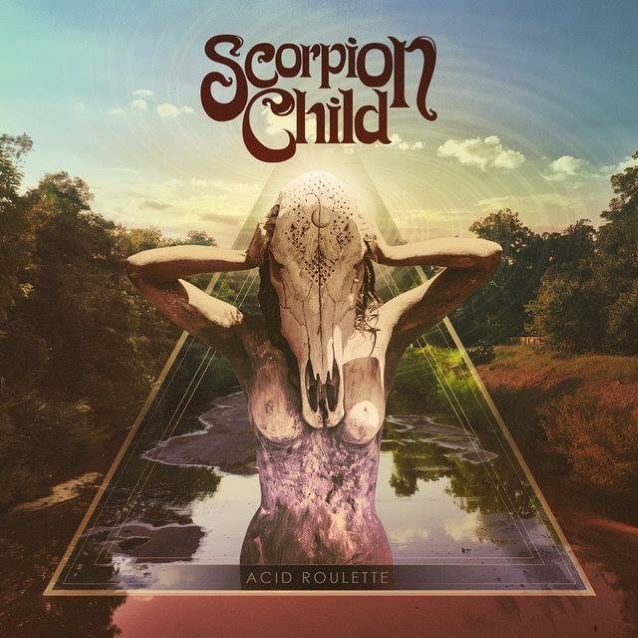