"The album was written and recorded in the SCORPIONS DNA with core [Rudolf] Schenker/[Klaus] Meine compositions," says singer Klaus Meine. "We recorded the album as a band live in one room, like we did in the '80s." 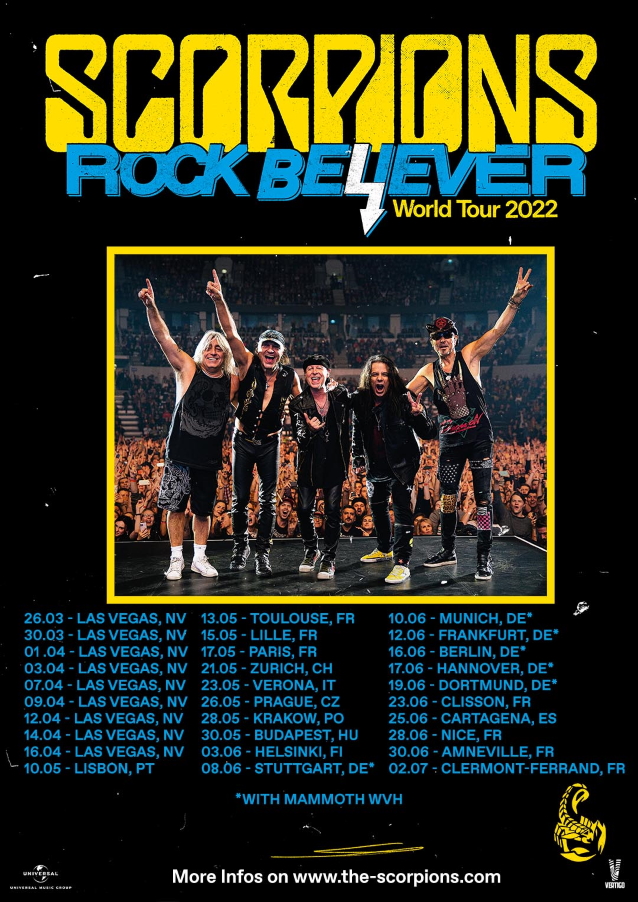