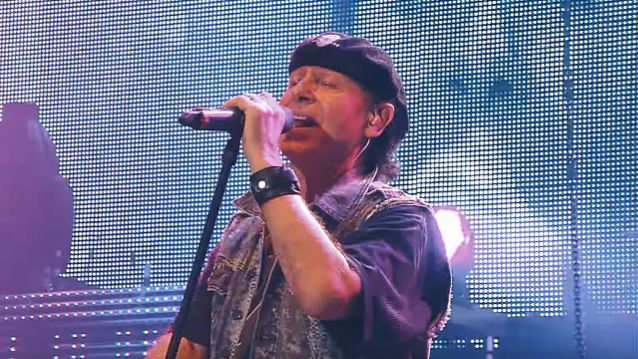 SCORPIONS: 'Forever And A Day' Film To Receive DVD, Blu-Ray Release In September

Lifting the lid on life inside one of the world's greatest rock bands, on September 30 Eagle Rock Entertainment will release "Forever And A Day" by SCORPIONS on 2DVD, 2Blu-ray, Digital Documentary and Digital Concert. This revealing and compelling film tells the incredible official story of the SCORPIONS — and was made with the full co-operation of the band.

SCORPIONS rock like no others, and this story shows just how. This fascinating documentary contains both archive and never-before-seen new live performance clips from many timeless SCORPIONS classics. "Forever And A Day" is a German-language film with subtitles. The concert film that forms Disc Two of the physical formats includes massive tracks like "Wind Of Change", "Rock You Like A Hurricane", "Send Me An Angel", "Still Loving You", "The Zoo", "Big City Nights", "Is There Anybody There?", "No One Like You", "Sting In The Tail" and many more!

"Forever And A Day" tells the story of the SCORPIONS and is set within the context of their triumphant world tour which ran from 2010 to 2012 and at the time was billed as their farewell tour. It follows the SCORPIONS around the globe whilst both past and present band members and other key people who have worked with them across their career tell how the band started, got their early chances and then broke through to international stardom.

The film chronicles how the SCORPIONS were often one of the first rock bands to blast through the barriers and play all over the world, especially in the Far East, Eastern Europe and Russia. It tells how they deliberately focused on making it in the USA and also how they initially struggled to reach a wider audience in their home country of Germany, despite huge success in many other parts of the world. It is a fascinating story that will enthrall any SCORPIONS fan. To compliment the documentary there is a bonus disc of the jaw-dropping and emotional final concert on the tour at the Olympiahalle in Munich on December 17, 2012.

"Forever And A Day" is a fascinating look at one of Rock's most engaging, potent and successful acts and the addition of the fantastic live concert film makes this an essential purchase for any SCORPIONS fan! What's life like in one of the world's premier rock acts? "Forever And A Day" will tell you. 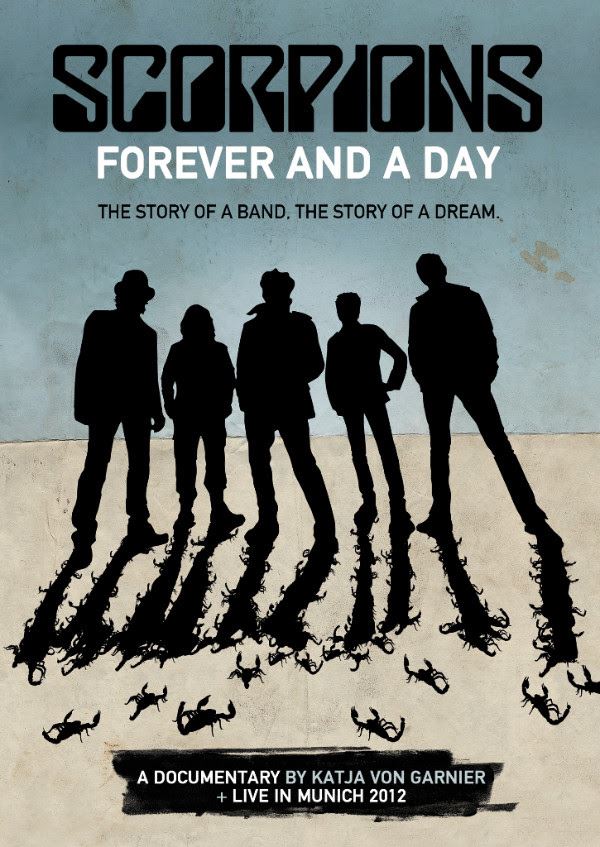