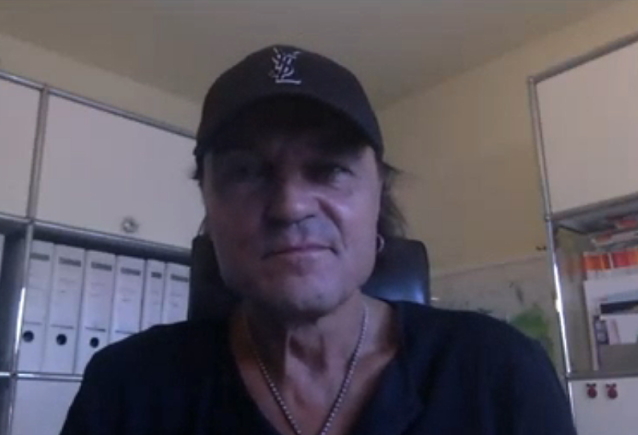 SCORPIONS guitarist Matthias Jabs spoke to Joe Rock of The Eagle 103.3 radio station about what it has been like for him and his bandmates to return to performing live after a two-year pandemic-related break. He said (as transcribed by BLABBERMOUTH.NET): "After a two-year break due to the pandemic, while we were using at least the majority of the time to record a new album, write new songs, it was a fantastic feeling earlier this year, in March, to hit the stage again finally after the longest break we've ever had. We played a residency in Las Vegas — nine shows in one month — and it was just a great feeling to come back on stage."

Regarding how he is getting ready for SCORPIONS' upcoming North American headlining tour, which will kick off on August 21 in Toronto, Ontario, Canada and end on October 21 in Las Vegas, Nevada, Matthias said: "We are having this break, a couple of weeks here, and the break is over very soon. And since yesterday I went back to the studio, to just make sure the fingertips are fine. So I play and get into the playing mode.

"I'm always taking a break after a longer tour just to refresh your mind," he revealed. "If you play the same set for months, it's good to not touch the guitar for at least two weeks. But then you have to worry about your skin, and then you start playing again. So I have to now rehearse and warm up to be ready for the first show and for our tour."