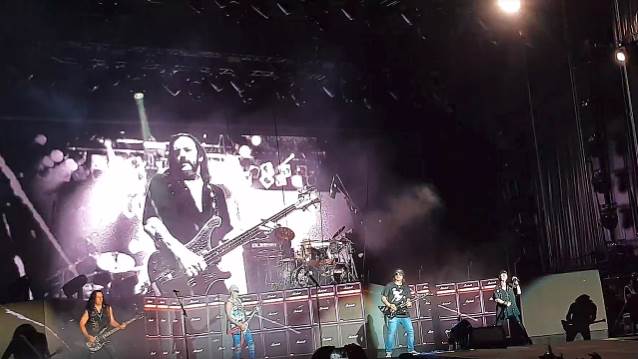 MOTÖRHEAD guitarist Phil Campbell joined German hard rock veterans SCORPIONS on stage this past Saturday (July 7) at the Rock Fest in Barcelona, Spain to perform a cover version of the MOTÖRHEAD classic "Overkill" as a tribute to late MOTÖRHEAD frontman Lemmy Kilmister. Fan-filmed video footage can be seen below.

"It's been great," Mikkey said about playing with the SCORPIONS. "These are great guys and we've known them for many years, and I love their music."

Regarding how playing with SCORPIONS is different from performing with MOTÖRHEAD, Mikkey said: "I played so long with MOTÖRHEAD, we were a three-piece, and that's a tremendous difference. For instance, when Phil was doing his solo, I might have to be a little busier on the kick drum. Here [in the SCORPIONS], I've gotta think the opposite — I've gotta be easier on certain things and step into some other stuff. But it's a great challenge. I mean, these guys are so nice, and we've known each other for many, many years. And it's a great honor to carry the SCORPIONS flag here."

SCORPIONS will perform a handful of American shows with QUEENSRŸCHE in August and September. They mark the group's first U.S. shows since the band canceled the final five dates of its fall 2017 tour due to singer Klaus Meine's "severe laryngitis."

SCORPIONS' previous release was 2015's "Return To Forever", partially comprising songs the band had in the vault from the '80s. 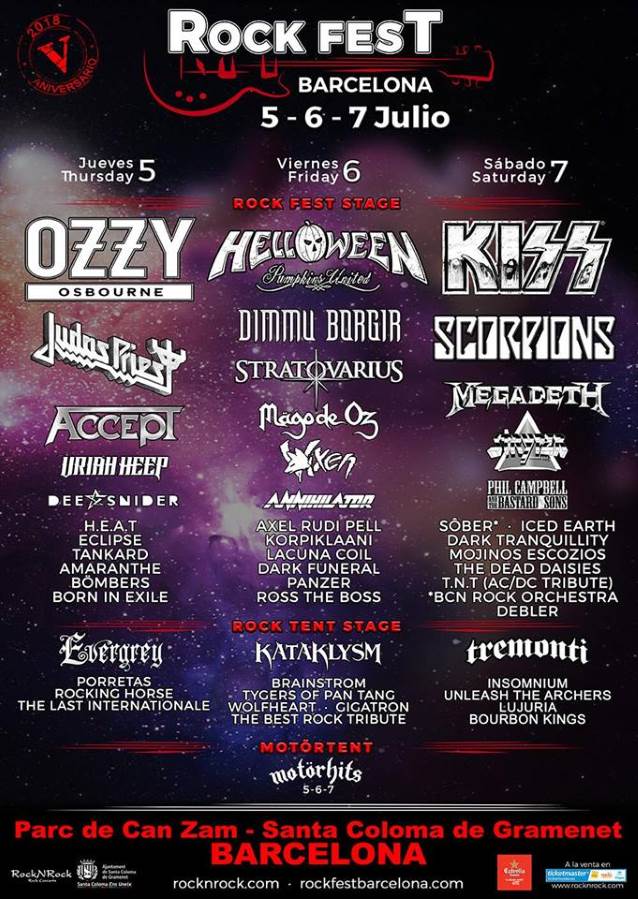