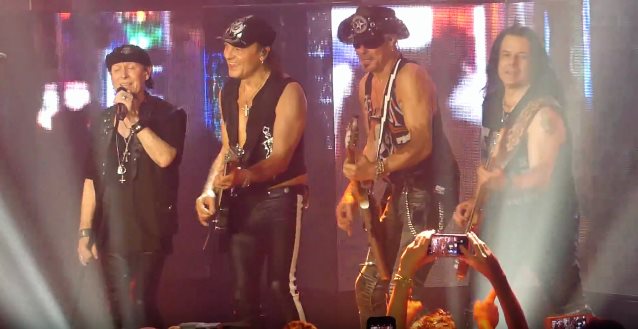 SCORPIONS kicked off their North American tour with MEGADETH on Thursday, September 14 at Santander Arena in Reading, Pennsylvania. The sixteen-date trek, dubbed the "Crazy World Tour", celebrates SCORPIONS' 1990 LP of the same name. Two of the SCORPIONS' best-known songs, "Winds Of Change" and "Send Me An Angel", both appear on "Crazy World".

Fan-filmed video footage of the Reading concert can be seen below.

SCORPIONS have just finished recording a couple of new songs for a forthcoming compilation album that will collect the most popular of their ballad-type material.

"There's a best-of-ballads album coming out with Sony Music later this year, in the fall," SCORPIONS singer Klaus Meine said this psat Tuesday's (September 12) SiriusXM Town Hall radio interview. "And they wanted us to come up with a couple of bonus tracks, and we went in the studio and everybody came up with great ideas. And before we came here [to do this interview], we just finished a recording session and listened to the first mixes and stuff, and it sounds pretty good. It's gonna be a 'best of ballads,' but with those new tracks. And it's gonna be a cool project."

Regarding how the idea for the collection came about, Klaus said: "Sony Music approached us and said, 'C'mon, guys. You have so many powerful songs. And we wanna put it together in some kind of compilation you guys never did before.' So that's coming out, I guess, in November." 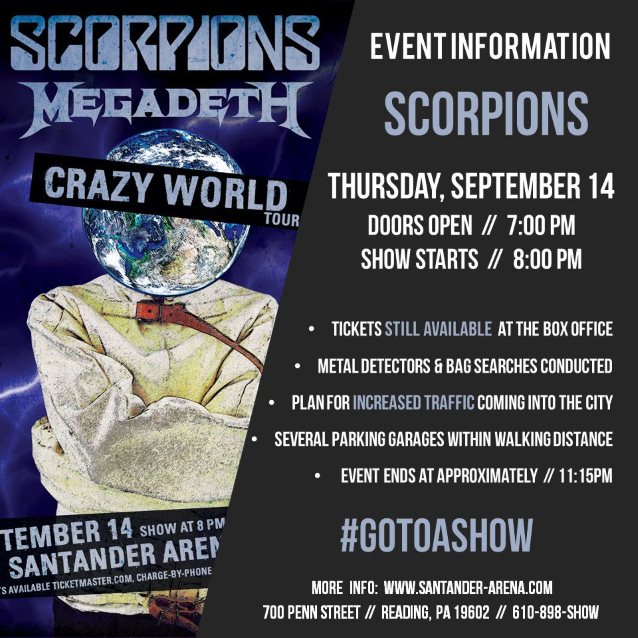